Looks like it’s going to be a quiet Monday. I’ve been to my Boomers Bootcamp exercise class – not as tough as the title – and am now toned up and virtuous. Nothing more exiting ahead than some writing and a trip out to get fruit later. 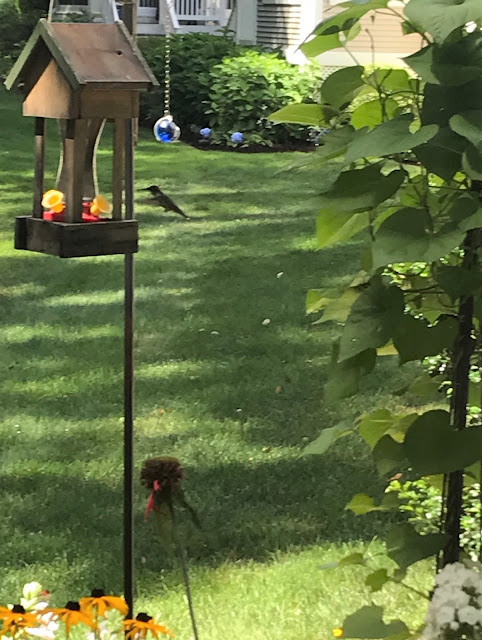 Sitting on our porch today, I managed to get a shot of one of the hummingbirds that visit our feeder, no small accomplishment with just a phone camera and a fast bird. This one chirps to itself as it eats, maybe a “Num, num, num” sort of comment?

I stopped off at Joanne’s Fabrics yesterday and was annoyed to
see this. On July 31st, yet. 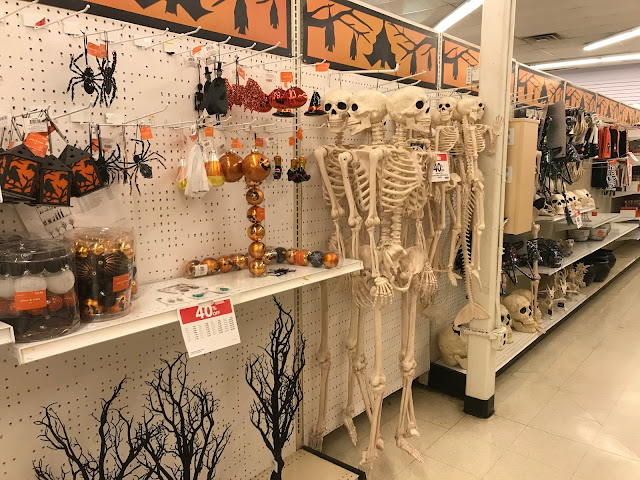 And a couple of weeks ago while out walking in our complex, I went by this truck parked in front of one unit and had to go back for a second look. 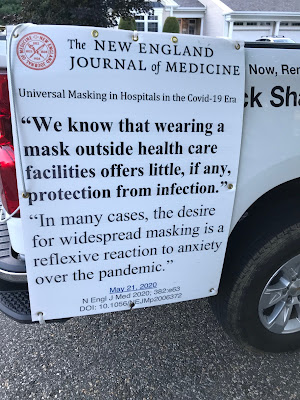 It had the official UHaul rental logo all over it, but it was also covered in signs like this. They appeared to be bolted on. Aside from the idiocy of the message, not to mention being late to the party after two years of masking, I couldn’t work out the situation. Had someone rented a truck just for this purpose, attaching their brainless message on it? Or had they bought the UHaul truck? Those signs were really anchored into the body of the vehicle, something I’m sure the UHaul folks wouldn’t appreciate. Not sure how the corporation stands on the subject.
Posted by Marty at 9:19 AM