The other day I was on my way to somewhere or other and happened to notice the car in the next lane as it passed me. I saw a slip of paper protruding from the back window and thought, “Oh great, a litterbug.” I had just begun judging that when I realized the paper was being held by a tiny hand that wasn’t releasing the paper, but rather was enjoying the flutter it made as the car moved.


I began another round of judging:


“Does the adult on board know that the child may very well have been dropping papers for the past several miles? And why is that child’s window rolled down far enough for him to stick his hand out?” Getting more annoyed, I thought, “Doesn’t the adult realize that child could lose an arm?”


Then I had another discussion with myself along the lines of:


“Give them a break! Stop judging! This is probably a perfectly wonderful mother who’s keeping an eagle eye on all activities in the back seat!”


After the next light as I passed them, I noticed the parent was smoking a cigarette and the smoke was drifting into the back of the car.


I resumed my judging.

The Mystery of Bingo Wings


There I was in front of the bathroom mirror, roller brush in one hand, hairdryer in the other, and my arm aching, when it struck me: Considering the decades I’ve been doing this (especially when my hair was so long my husband would determine where to cut it by lining the scissors up with my bra strap), shouldn’t my upper arms have the taut muscle tone of a twenty-one year old gymnast?


Women really are very different from men. It’s as though we all belong to a club and just haven’t met yet. Think how many times a complete stranger has turned to you in the grocery store and struck up a conversation.


I had a nice chat with another lady in a dressing room when we both wandered out of our smallish stalls, seeking the big tri-fold mirror. I helped her zip up her dress (One I’d tried on earlier and she looked much better in - which I wouldn’t have minded so much if she hadn’t clearly been several years older.) I sympathized when she told me she wouldn’t be able to buy it since she lived alone and would either never be able to get into it or out of it.


Another time in Penny’s, in another dressing room, I found myself smiling as I stood there in my underwear. We were all closed into our anonymous cubicles, wrestling our way in and out of garments.
Someone several stalls down sneezed and a nice lady from the other direction called out, “Bless You!” 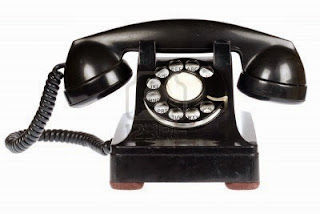 In a few more years there will be few people able to recall life without the tsunami of technology to which we’ve all grown accustomed.

The Art of Retirement


Last September we took a memorable (what other kind is there?) trip to Italy.  Probably the highlight of the trip for me was Venice. 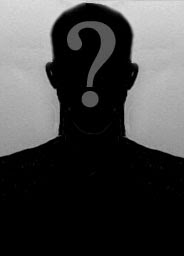 We reach a point where we think that we are done with change in our lives – the kids are grown, the house is paid for, there are no more workplace goals – and we retire.

The Kindness of (Semi) Strangers 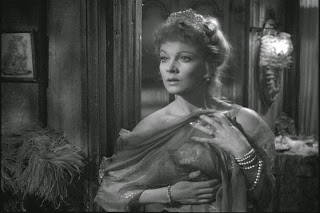 Blanche Dubois was on to something. I can’t say I’ve often relied on others’ kindness, but maybe that’s why I’m so bowled over when a good turn suddenly appears in my path.


I stumbled downstairs this morning, made a cup of tea, and poured a bowl of Post’s Great Grains cereal (raisins, dates, and pecans!) to fortify myself for my upcoming water aerobics class. Then, bowl in hand, mug by my side, I settled down for a ramble through my favorite blogs.


The first one I opened was Arkansas Patti’s The New Sixty ,a writer I know you’ll enjoy if you’re not already a fan. Instantly my tea was forgotten and my cereal destined for mush. There for all to see was an image of my book (find a link to the right of this column) and a generous and very thorough review.


When the facilitator in my writing group suggested I try blogging, I had no idea how much I would enjoy it, or how much it would widen my world. This is social media at its best, a place where you can encounter and interact with some remarkable people.


Thanks, Patti, for your random act of kindness. 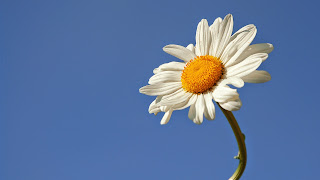 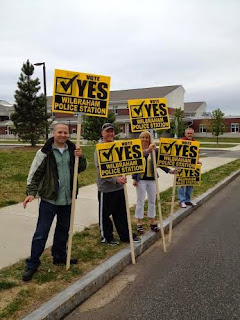 Today is Election Day in our town.

I can’t help it. While I don’t verbally interject corrections into others’ conversations, there’s often a second conversation running in my head. It’s not so much my need to set everyone else on the right path grammatically, it’s just the irritation of hearing words used incorrectly. All  - The – Time.


Imagine how a math aficionado would feel (and this takes true imagination for someone as number-challenged as myself) going through life with people peppering their conversations with “2 + 2 = 5.”

I know I’ll cover this subject again, but the latest burrs under my saddle are:

Eugenia and me are going to the truck rally.


(Really? What if Eugenia was previously engaged at a gun swap? Would you say me is going to the truck rally?  Then again, maybe you would.)


(Learn your prepositions! They are not interchangeable. The correct word is with. Perhaps your helmet isn’t as effective as you had believed.)


We’re waiting for our invite to the asphalt festival.


(People. Have we become so lazy that we can’t handle two more syllables?  Invite is a verb. Invitation is the noun.   For instance, you might eagerly attend the dedication of a landfill, but not a dedicate.)


I felt truly validated last night, though, when my husband and I were watching episode 5 of this season’s Game of Thrones.

Everyone at Castle Black is milling about in furs and scratchy woolens going “Aarrghh!” when one of the leaders says, “Let them die! Less enemies for us!”


The camera then pans to my new hero, Stannis Baratheon, one of the many would-be kings of the series, as he mutters to himself, “Fewer.” 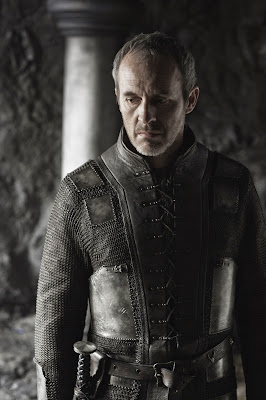 Last night our high school’s parking lot was filling, a combination of spring sports and the evening’s gathering. It was our annual Town Meeting. If you’ve never lived in a small town, it’s quite an experience.


My partner-in-crime and I headed off the other morning for a jaunt to an unfamiliar part of our state. She has a knack for discovering interesting places I would never think to visit, and that day was no exception.

It's Good to be Alive


Finally it’s time to pull the storage box of sandals out from under the bed and rotate the heavy sweaters from their shelf in the closet, replacing them with shorts.

Let's Hear it for Old-Time Shopping I will admit that I have a tendency to do things too quickly at times.


We’re afraid to say it too loudly around here in case the other shoe drops and a snowstorm originally headed for Saskatchewan takes a right and decides it would be fun to visit Massachusetts, but, shh! spring might actually be here. 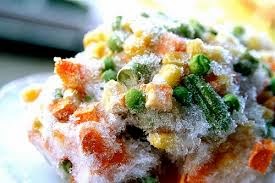 The other day my daughter called me for advice. This happens less often than you might think – she’s a very capable and self-sufficient adult, something I’m grateful for since I’ve never felt like much of a fount of wisdom.