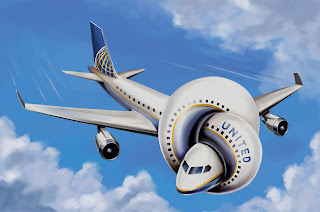 I’m supposed to be sitting in New Jersey right now.

Our hard-working SIL was off at a conference this week and plans were for our daughter to join him as the event finished up. The grandsons are now well past the age of sticking their fingers into light sockets, but leaving three brothers aged 20,18, and almost-13 alone for four days might not be the best idea. Solution: grandparents.

We were to rendezvous Thursday afternoon with daughter before she left for her flight but were into hour 3 on the highway when the phone rang. Her flight had been cancelled. After some soul searching, they decided to abandon the weekend away since it was doubtful she’d get another flight in time to make it all worthwhile. In fact, they later learned the airline had in fact booked her for a later flight, but that was cancelled, too.

Instead, we had a long visit with daughter and assorted grandsons, lounged in their backyard, and came home Friday. In our car. I have no plans to fly anywhere in the future, thank heavens.