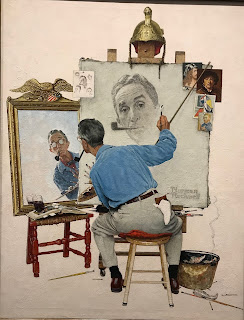 As anyone who grew up in the 50s with a Saturday Evening Post on their coffee table can tell you, it would be hard to find anything more quintessentially Amurican than Norman Rockwell. Until he discovered Civil Rights, his art was filled with the down-to-earth, everyday world of full station wagons and picnics. 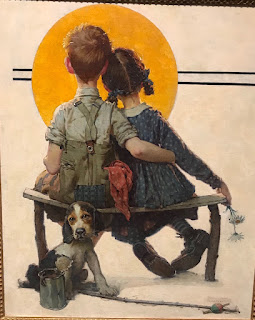 That’s what made the latest exhibit at the Rockwell Museum such fun. It was four rooms of fantasy art through the ages. 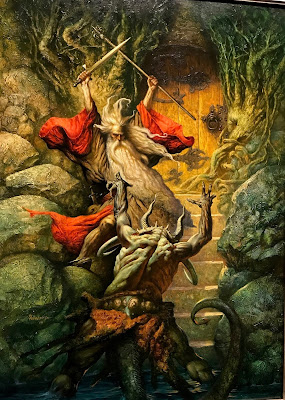 Instead of bashful suitors or Thanksgiving tables, there were the comic book and sci-fi favorites of slathering dragons and busty victims. 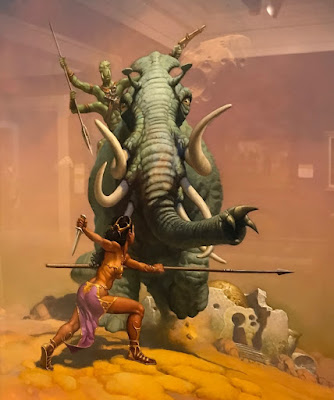 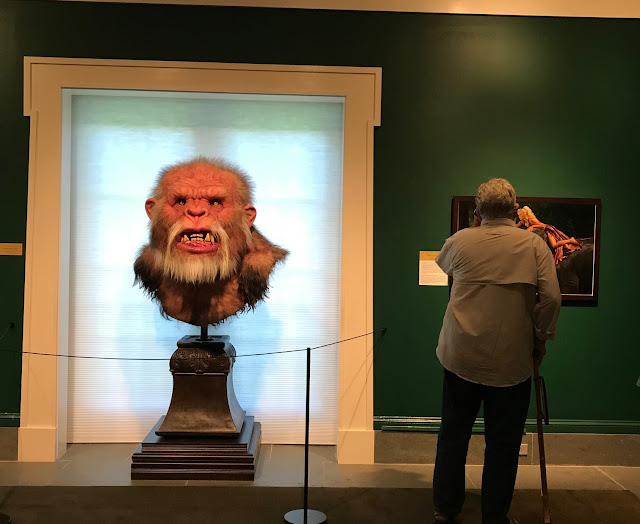 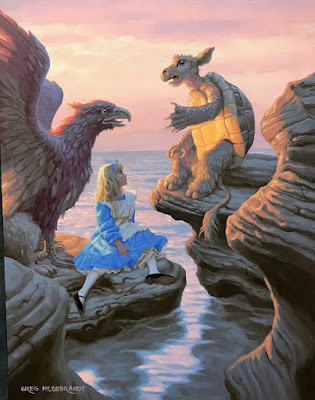 However, it also included art from the 1600s and illustrations from children’s fairy tales.

There was also an unrelated outdoor sculpture exhibit, full of whimsy and joy even if you had no idea what the darn thing was about. 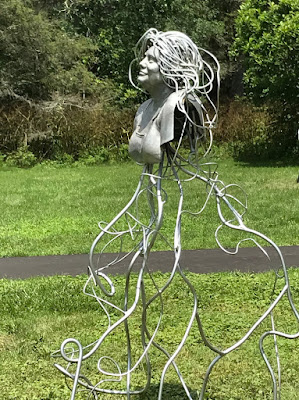 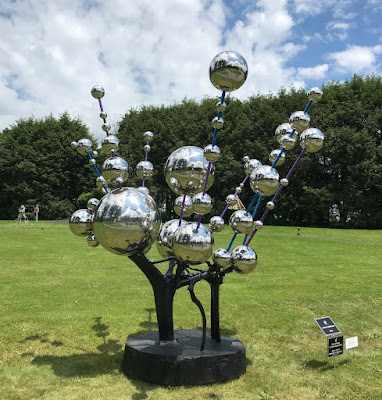 But one I passed by was just plain sad: a limp umbrella on a depressing brown stem with a few rocks piled at the bottom. 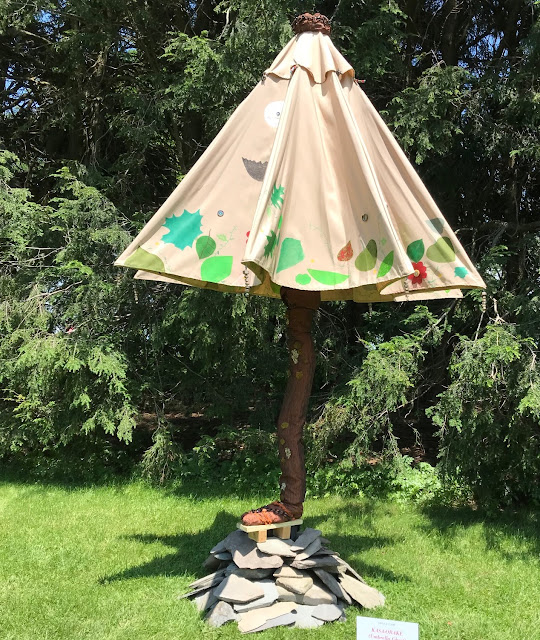 It looked like something composed of garage sale leftovers. I walked right by it to photograph its neighbor, but on my return, I paused long enough for a woman with Christopher Lloyd hair jammed under a bowler hat to come up to me.

I just couldn’t bring myself to say something like, It’s great!