The coleus is cut back and the last green tomato thrown into the woods. Fall is here. Or at least waiting on the doorstep.

Three years ago we lived not in a condo, but a house. A house with undetectable cracks in the foundation where the field mice would shimmy into our basement – assuming they’d left in the first place – before the cold weather hit.


A house where I woke up not once, but twice, to a bat chirping unhappily as it careened at 35 miles an hour from wall to wall of my bedroom.   A house with ill-fitting and Swiss-cheesy screens, highways for moths, flies, mosquitoes, and God knows what else. My evening routine inevitably involved leaping out of bed, throwing down my book, and searching for a weapon to kill the latest bug buzzing against the bedside lamp.


I grew up in the South, so my patience with insects evaporated long ago. The glorious thing about our condo is that while it’s not brand new, it’s tight. New windows, well-fitting screens, keeping the great outdoors, outdoors.


The other night I was watching television, sitting with a direct sight line into the bedroom, where I saw a huge moth framed in the doorway and then disappearing. A search produced nothing, so I gave up and went back to my program. The next day, after having windows open to the afternoon breezes, I closed them down. At dinner, I noticed a moth trapped in the window next to the dining table. “Well!” I thought. “How clever of me – I must have trapped the moth from the night before.” And decided to leave that window closed until his death was confirmed.


The next night when I pulled the drapes closed in the bedroom a moth zoomed off the curtain rod and tore off through the bedroom.
I watched it carefully so I’d know where to bring my rolled- 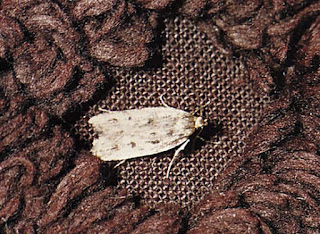 up magazine. I could swear it was laughing at me as it banked to the left, did a figure eight, and disappeared into my closet, never to be seen again, in spite of my vigorous thumping of walls, clothes and floors. If he ever does emerge, he’ll probably be the size of a grapefruit, thanks to my wardrobe.
Posted by Marty at 12:31 PM