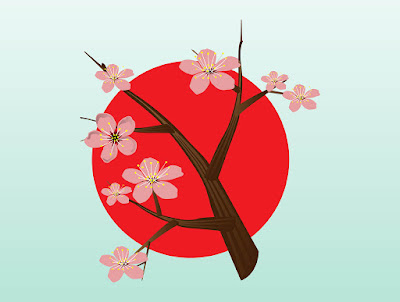 Our son and delightful daughter-in-law are on their honeymoon, delayed a bit from their June wedding.
They had originally planned to go to South America, but changed their minds after gentle lobbying from both sides of the family. Sending newlyweds into the heart of zika country seemed counter-intuitive.


They took off for their flight on Sunday and now that I no longer had escalating plague to worry about, I instead concentrated on my son’s knees. A  13 hour flight is no friend to a man over 6’ 4” with bad knees. My husband, no stranger to long flights and bad knees himself, assured me that on those long, long flights there’s room to get up and move about.


As it turned out, I should have unflexed my worry muscle and saved it for later. When the happy couple decided against South America, they instead chose Japan.


Last night we received this email from our son:


I just woke up to the bed shaking uncontrollably. Grabbed our stuff and now in the hotel lobby. News saying 7.2


I’m now the world authority on the geography of Japan, not to mention the relation of the kids’ itinerary to the epicenter. Whoo boy. Another 10 days of their trip left. As odds go, zika’s looking pretty good about now.
Posted by Marty at 5:16 AM