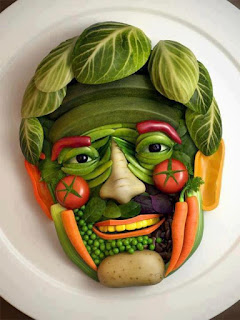 We’ve always been good vegetable eaters at our house, my husband, kids, and I.
My son-in-law grills a mean asparagus, my daughter is raising three boys who love their sweet peppers, and my son and his fiance (wedding next week!) have embraced a semi-vegan lifestyle.


And while I don’t remember warm vignettes from my childhood of my family holding hands around a bowl of succotash (although I do recall eating my share of lima beans and corn, both separately and united), my parents were early foodies. We ate beets and kale, and salads that had been tossed in a wooden bowl after Mama had rubbed it with a clove of garlic. I remember one evening when my father was all fired up after having produced a dish of celeriac.

My husband has definitely evolved. He came from a household where anything beyond corn, potatoes, turnip, or canned green beans was considered downright suspect. According to him, no one had ever eaten a mushroom until I showed up on the scene. Now he shovels down his kale and says “yum” afterwards. 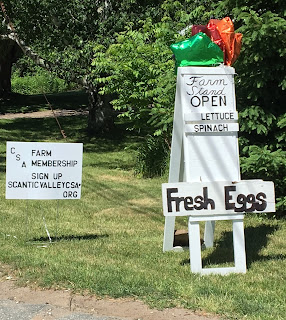 I don’t know why it took me so long to get around to it, but this year I signed up for a CSA (Community Supported Agriculture) share.
These are programs in which consumers buy local produce directly from the people that grew it. The farmer will offer a certain number of shares, which result in a weekly distribution of whatever is harvested at that time. The consumer pays a lump sum for the growing season. This benefits everybody: the farmer receives money early in the season (literally seed money!) and the consumer gets sparkling fresh produce.

Intangibles are that the buyer gets to know his farmer, and the farmer meets the people she’s growing for.  And there’s more beyond that – I can feel that I’m helping small farming survive, and then there’s the taste! You haven’t lived until you’ve eaten a carrot straight from the field. The ones trapped in those plastic bags in Salinas, CA and then driven three thousand miles to sit in my grocery store for a week are – quelle surprise! – sad imitations. 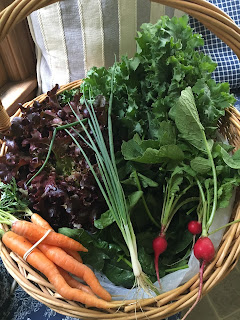 So I picked up my first share this week:

One head of lettuce (I could pick from 3 kinds)


Not exactly a summer cornucopia, but to be fair, it’s early in the season here in Massachusetts and I did only sign up for a half share.
Plus, I have no idea what vegetables each week will bring, kind of like an episode of “Chopped,” in which chefs are each given a basket of, say, oysters, cotton candy, and Jack Daniels, and then have to wow the judges after 30 minutes of frantic cooking.


On Wednesday, when I spoke with the nice lady at the farm stand, there were rumors of kohlrabi. . . ! 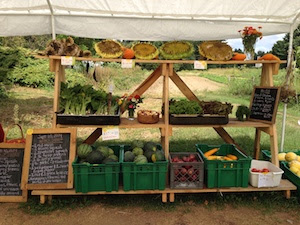