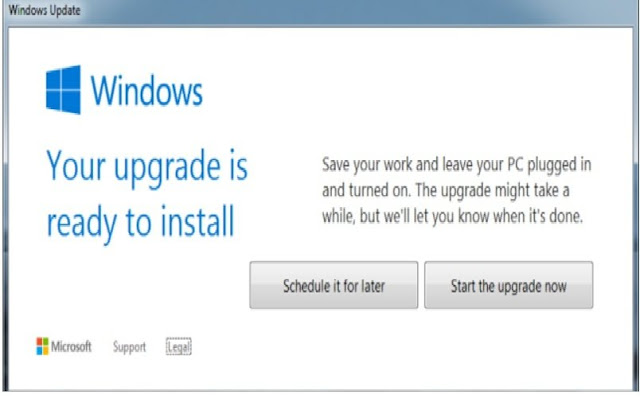 For at least a week I’d been receiving impromptu visits on my computer from Microsoft.
Kind of like sitting at your kitchen table in your bathrobe and socks with the hole in the big toe, and suddenly the cheery face of that neighbor you don’t know very well appears at your kitchen door. (Note to self – ditch the lace curtains for blinds.)
A square would appear in the middle of whatever I was doing, inviting me to the world of Windows 10. My husband, whom I depend on for all things computerish, told me that under no circumstances did I want Windows 10. So day after day I’d hit the “no thanks” or the X in the red square, but then one day I looked over to see my computer updating files. Well, okay – it does take it into its bitbrain to do this from time to time. I went on with whatever it was I was doing – watching the spider on the ceiling or maybe peeling a grape – but then happened to glance over again.

This all happened before we had returned home, so I couldn’t immediately run whining to our computer fixit people. Maybe I could just accept this philosophically. It was still Windows, right? Okay, my desktop looked different, but I did manage to find my mail, to get to this blog. And my word documents appeared to be intact. I let out a cleansing breath.
The next morning, after checking my email and seeing what was going on with John in Wales (Going Gently), and Fran Hill (Being Me), and everyone else in my blog world, I still had a half cup of tea left. I did what I’ve done a thousand times – I cursered over to Spider Solitaire. Except it wasn’t there. Neither was Mah Jong, or regular solitaire, or any other games. Apparently in the world of Microsoft 10, the only games available are the ones you buy.
This was the last straw. Spider Solitaire is my meditation, my personal Zen. I play it when I’m struggling with a chapter, stuck in a long phone call, or listening to NPR. Trying to find it online brought me to a site that prompted an ugly mal-ware warning on my screen. I backed out quickly.
I knew one thing – I could deal with a rearranged desktop. I might get used to the tiny font that now composed my email. But I could NOT live without Spider Solitaire.
As soon as we arrived home, I called our tech wizard, who asked, “How long has Windows 10 been on your computer?” I responded, Only about 5 days. “Okay, we can fix it. Bring it in.” (If it had been on my computer for more than a month, its tentacles would have been too deeply enmeshed to remove.)
I’m now happily back in the year 2009, my Windows 7 restored.
Turns out I’m not alone. There’s a class action lawsuit brewing over all this with Microsoft. As this quote from the M people states,
. . . we expect to be re-categorising Windows 10 as a 'Recommended Update'. Depending on your Windows Update settings, this may cause the upgrade process to automatically initiate on your device.
(from Chris Merriman, Inquirer online newsletter)

This has been a Public Service Announcement from the folks here at Welcome Words.
Posted by Marty at 1:06 PM