We’ve been out and about these past few days. 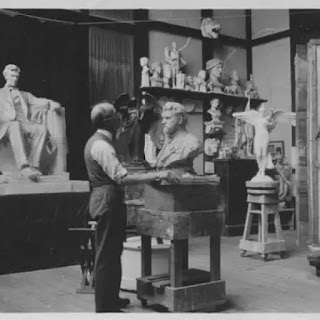 During the weekend we drove up to the Berkshires on a leaf/lunch mission. It’s probably a little nutty since our trees here are just as glorious. Still, we enjoyed poking around Daniel Chester French’s place again, he the sculptor of the Lincoln Memorial statue. Amazing that he was still sculpting away into his eighties.

Mid-week was a grandparent trip to Rhode Island to see the four-year-old twins - and oh yes, our son and daughter-in-law, too. They own and renovated a three-family house on the West side of Providence, built in the 1890s and originally used as a funeral parlor.

Happily, there’s no evidence of its former life, but it still retains much of its early beauty. 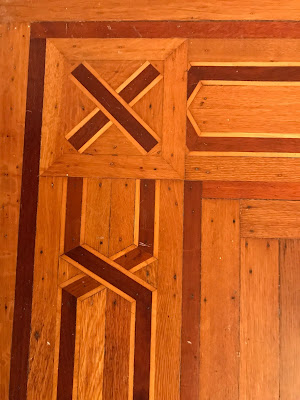 (Detail from the one of the floors.) 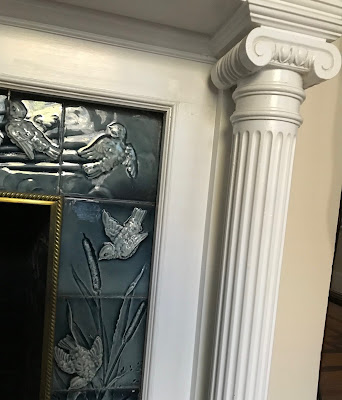 (Detail from a fireplace surround)

Clever son and family now live in the back, in the original carriage house that was in such sad shape when he bought it that he had to have giant guywires affixed to keep it from falling down. 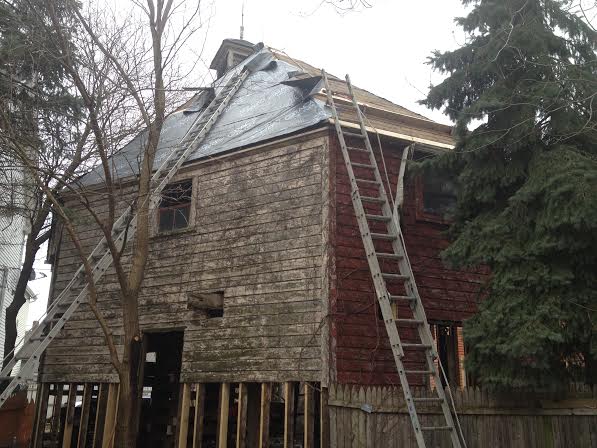 Much of the work he’s done himself, including working umpteen feet in the air to replace the slate roof – something I didn’t learn about until later, thank heaven.


It’s come a long way from those days. 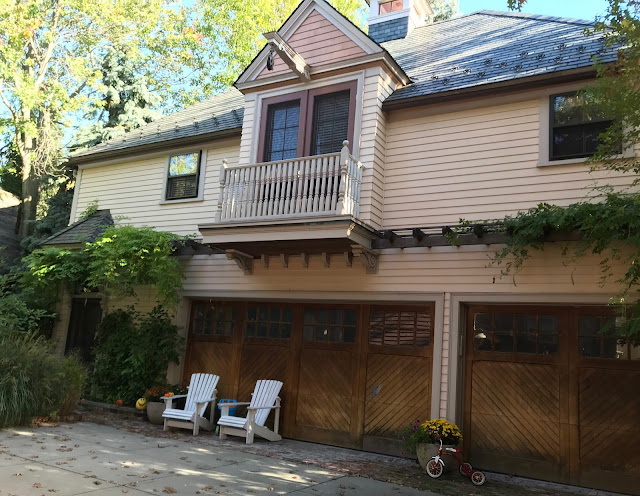