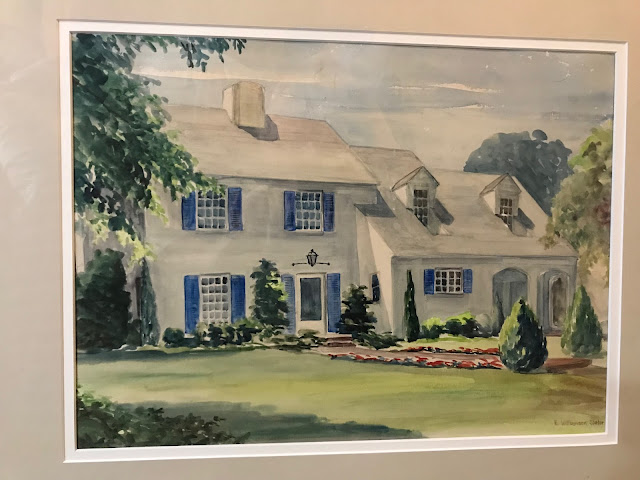 In 1882, my several-greats grandfather Henry Clay Sweet established the town of Mangum, Oklahoma and later my great-great grandfather Ashley Wilson ran a mercantile and owned a farm where Jesse James once stopped by.

Even though I was the only one in my immediate family not to be born in Oklahoma (Princeton, N.J. for me, when my father was in graduate school), I always took pride in my Sooner roots, even if they were a bit borrowed. For now, I’ll keep my big mouth shut, after their heinous state legislature just passed a bill banning all abortions from the moment of conception and encouraging citizens to narc on each other.

In an idle moment, I Googled my grandparents’ house in Tulsa, which Grampy built during the Great Depression. After many summers there, plus three years living there after my parents’ divorce, my memories of it are as clear as if it hadn’t been over fifty years since I’ve seen it.

When I was twelve, my mother’s alcoholism became unbearable, so I refused to return from a visit to my father in Virginia. I didn’t see the Tulsa house again until I was an adult, but I still recall it fondly.  I remember the ceiling-to-floor window in the living room, likely there to send any breezes down the room to the French doors at the other end in those pre-air-conditioning days.  And I definitely remember those hot summers and the sleeping porch off the second floor with roll-away beds for escaping the night time heat.

It was once a big white-washed brick house with a thirty-foot holly tree in front and an equally huge magnolia tree on the side. Now, on Google Maps, it’s just another red brick house, and both trees are gone, along with the events, good and bad, that occurred there.