Caster oil, garlic oil, cloves, fish meal, cat food, urea, fish oil, and best of all, putrescent whole egg solids.
No, not my latest shopping list, but instead a defensive weapon all swirled together into a handy spray. 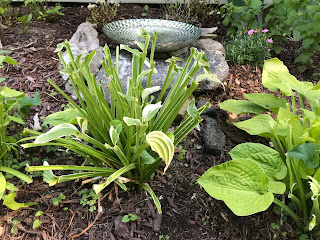 What used to be my hostas. 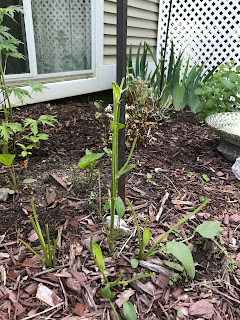 What might be black-eyed Susans if they ever manage to sprout beyond two leaves before being munched down to nubs.

And what could be the cone flowers I bought last year, but might be something else. I’ll never know if my effort at closing the buffet fails.


It was literally a case of one day they’re there, and the next they’re not.


The rabbits here are so plentiful I’ve seen four at play on a front lawn, chasing each other back and forth, which will likely mean that many more before long.


But I suspect I can’t lay all the destruction at the rabbit’s little doors. They had accessories in my garden’s annihilation. I’d put two layers of one-foot high fencing around the hostas, which had already had a few nibbles removed. It would have taken a pole-vaulting bunny to get in, and yet one day I found that three plants had been almost completely denuded of their leaves.


Thus the trip to the garden center and the big bottle of repellent, claiming to be effective against everything from a vole to an elk. Going straight from the store to the backyard, bottle in hand, I squirted and sprayed. And then almost keeled over at the most disgusting, gut-wrenching smell I’ve ever encountered.


Good news - in a couple of weeks my plants will bounce back and I’ll have flowers once again. Bad news - our porch overlooks the garden and our time there will be pretty limited until the smell dies down. 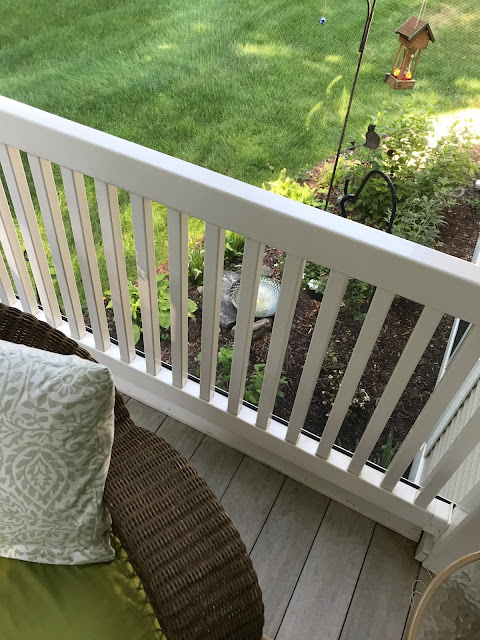