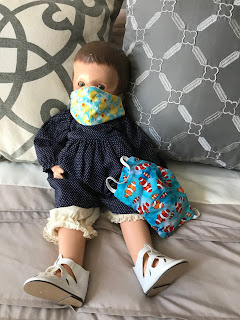 Outside of witnessing a major road block worthy of a scene from a WWII movie on the Florida/Georgia border, our ride home to Massachusetts was uneventful.
At the hotel we requested a room that hadn’t been used the night before, and after I’d wiped and sprayed everything but the ceiling and we’d broken out our own pillows, we were perfectly comfortable.


Traffic was no problem, and we became adept at pumping gas with a plastic bag over our hands or grabbing a paper napkin to open the door to the restrooms, then breaking out the sanitizer once we were back in the car.


It’s good to be home, even if home is third in the nation for Covid fatalities, and I woke up to 31 degrees this morning.


I dashed out for food the next day and found even sketchier offerings in the meat department here, but fortunately we’re equally happy with fish or the occasional vegetarian meal. I’d thought the Publix produce department was a bit high, but it was a bargain compared to my grocery store here. More annoying was the lack of prices. More than once I tossed something in my carriage having no idea of its cost. I suppose everything comes and goes so fast the store doesn’t bother, or they figure we’re so desperate we won’t care.


Mass is a bit stricter than Florida – when I went to the fabric store, anything that couldn’t be considered necessary for making masks was roped off. And I just saw in the news that a massive mall near Sarasota has re-opened. And thank god. There were $400 handbags simply moldering on the shelves. 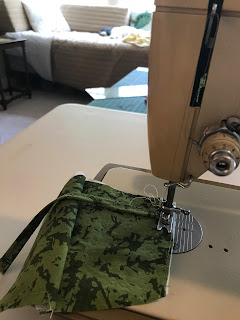 I’ve been cranking out the masks now that I’m reunited with Old Betsy, my sewing machine from 1970, bless her heart. It’s a vast improvement from the early days of mask manufacture in Florida when we were cutting up tube socks and eyeing our husbands’ Hawaiian shirts, appreciating their possibilities more than we ever did before.