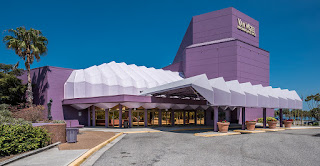 On Sunday we went to the Van Wezel, a big purple performance venue in Sarasota.

The first time I saw it, I wondered what would possess someone to create basically a massive plum on the ocean, but I’ve since learned that it’s celebrating its 50th anniversary this year.
That explains it all.
It was the 1970s.


Regardless of the color, we’ve seen some excellent shows. Sarasota is a pretty fancy town, with some high-end entertainment, and the performance we saw on Sunday was worthy of Broadway. 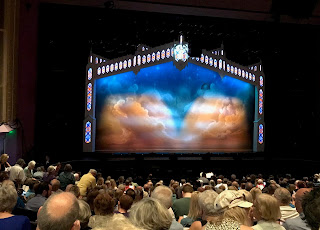 Sunday’s play was The Book of Mormon. I wondered at first how it would go; how offensive would a satire about the Church of Latter Day Saints be to them? As it turned out, it was very funny, and even though the language was pretty blue, it was mostly just sort of a friendly elbow-in-the-ribs to the Mormon church.


The dichotomy of a story about a church filled with the F word and scatological references was epitomized by the two women who sat in front of me, 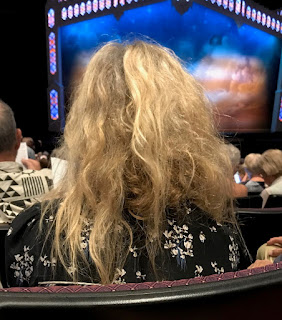 one who looked like a good-times gal who’d just wandered in from the beach, 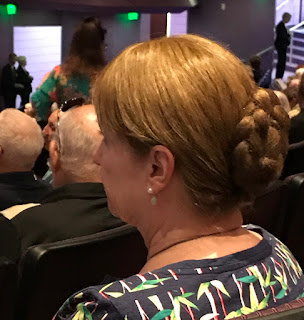 and the second her more straight-laced neighbor.
Posted by Marty at 5:47 AM