Crime in the Night

For a few years I served on my small town’s historical commission, a fancy name for a group of people who, as far as I could tell, had little power and an even smaller agenda.
About all we seemed to do was pay an outside person to catalogue the older homes in town.


And we have some old ones, several from the 1700’s. In fact, one of My Guy’s childhood friends grew up in a house that even had a hidden cupboard for residents to hide from local Indians.


Our Main Street is punctuated with big white frame houses, some with plaques proclaiming their age. Unfortunately, years ago the town was asked to vote on whether to establish a historical district, but it fell through, probably thanks to anti-government types who feared The Man coming in and dictating house colors or lawn ornaments. I also suspect that the majority of those voters lived safely removed in the town’s newer house developments, full of capes, ranches, and a number of McMansions.


One of my favorite houses sits on a corner of Main Street, encircled by the town’s only old-school iron fence. It was built in 1800, over 200 years ago, with a fieldstone foundation, sitting on almost two acres. 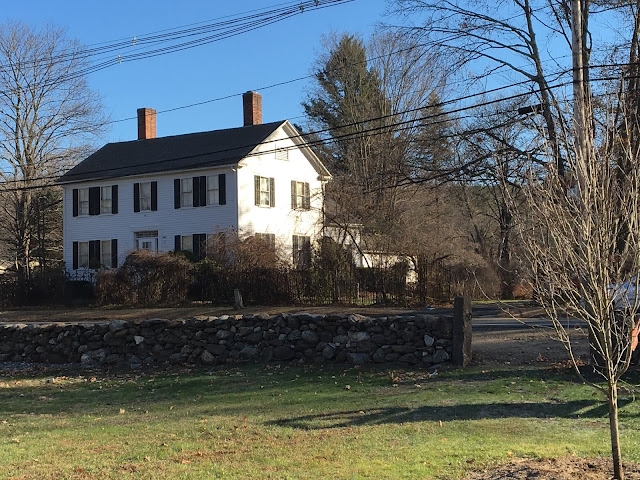 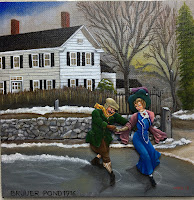 My Guy even used it as a backdrop for one of his paintings. 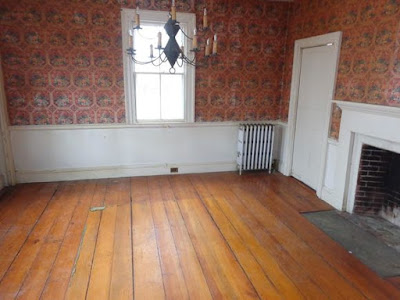 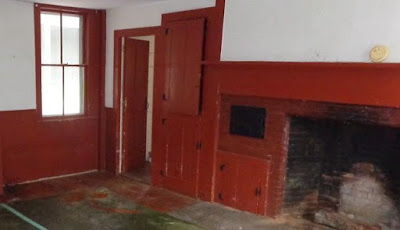 
The new owner reportedly knocked it down, along with a few trees, in the dark of night to avoid hassles with those annoying historical types and caring neighbors.
Posted by Marty at 8:54 AM