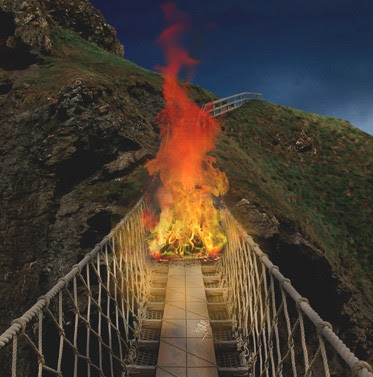 When I was night-schooling my way toward finishing my Bachelors, I thought I would lose my mind with the state college’s continuing ed department.

With two kids and a full-time job, I was not amused when informed I’d have to come to the school to fill out paperwork for something or other – a 45 minute ride one-way. I wasn’t necessarily on the verge of going postal, but if I’d had a giant super-soaker squirt gun, I can’t promise that I’d have held my baser instincts in check.


Good thing I kept my opinions to myself, though, since I had to deal with the same inept group when returning shortly after for my Masters.


My first year of teaching – like so many others, I’m sure – began on rocky footing. It didn’t feel like a good omen that the previous teacher had left needing a heart transplant. I inherited a class of manic 7th graders, including Gilberto, who literally ran circles around the classroom.


After a particularly harrowing day I stood waiting to cross the road to the parking lot. I was joined by another teacher, a comrade in arms. Except when I turned and said, “Some days I wonder if I should even be teaching.”


Her reply? “Maybe you shouldn’t be teaching, then.”  Stunned, I went to my car for a quick weepy moment and avoided her like the plague for the rest of the year.


Next year I was moved to a different team of teachers, including guess who, and worked with her for the next seven years.


When I served on the Historical Commission for my little town, we had a delegation come before us. It was the Cemetery Committee, hoping to gain some funds (of which we had a minuscule amount to hand out). As it turned out, we couldn’t help them, but we were polite and, somewhat disgruntled, they went on their way.


What I found intriguing was how unbelievably grumpy one of them was. You would think that it would have been in their best interests to send someone who didn’t appear to have just sucked a lemon.


I now live across the street from him. He and his wife have a tiny Chihuahua which he’s absolutely foolish about, and which seems to have cracked his rough exterior. He even waves to me now.
Posted by Marty at 9:10 AM