One of my favorite Geico ads shows a squirrel doing that annoying squirrel dodge and weave thing in front of an oncoming car, causing the owner to hurtle off-road to avoid hitting it. He then joins his buddy and they share tiny high-fives and fist bumps over their success.

On a grander scale, in India cars are losing control trying to avoid the country’s many sacred cows, and over 7,000 wandering bovines died on railroad tracks from April to December of last year. 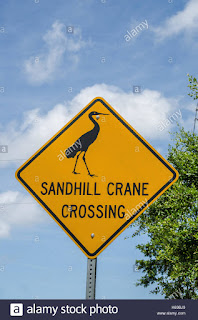 Here in my corner of Florida, we’ve got our own problems.


The long-beaked ibis and stubby mud hens that keep the turtles outside of our condo company are also joined by sandhill cranes. Add to that the 25,000 or so greater sandhills that migrate here in the winter and it gets a bit crowded.


They all seem to have the same spirit of eager cooperation that you see in those pictures of sheep that look poised to stand aimlessly forever in the middle of a UK country lane.
To further complicate things, there’s the 1918 Migratory Bird Treaty Act, which makes it illegal to “pursue, hunt, take, capture, kill,” etc. them.


You might be tootling happily down the Tamiami Trail a bit above the speed limit and find yourself staring at the spindly legs of one of these birds who’s chosen that moment to peck at the asphalt between the dotted lines in front of you. 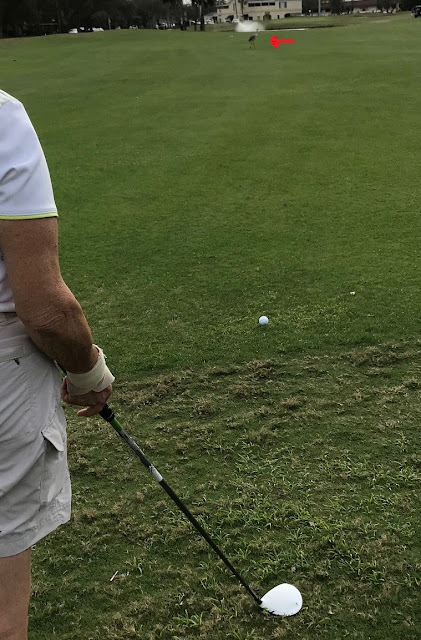 Or, like me, you might be in a smaller vehicle, and have to suspend your activity until either time or frenetic waving persuades them to meander on their way. 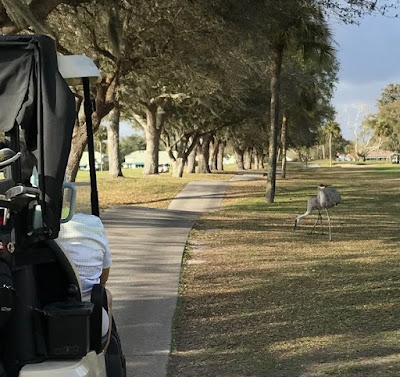 FYI – don’t even think about verifying the reports that sandhills actually taste like pork chops unless you plan to zip up to Minnesota where it’s legal to hunt them during the designated season.
Posted by Marty at 1:12 PM