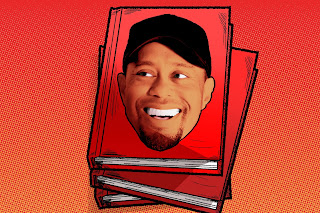 You know how in movies about a boxing match or maybe a horse race, after all the bets are in, they bring out the competitor that no one had planned on and all expectations go out the window?


After playing in this new golf league on 5 dates, I had acquired enough scores for the organizers to determine my handicap.
I’m still a little fuzzy on the whole concept of handicaps, I mean, why can’t your score just be your score. But apparently the handicap is used to balance scores of the great players and the mediocre players, or the god-awful players like me.


In theory, I could play Tiger Woods if my handicap were factored in. There’s a terrifying thought.


The lower the handicap, the better the golfer. Let’s just say that my handicap is roughly four times greater than most. Not good.


I arrived today to learn that my group last week came in second in last week’s tournament and I received 3 crisp one-dollar bills as a result.


Hmmm  . . .? I thought. But then things got busy and we all stormed off to the course.


At the end of today, it turned out my group had again placed second in the tournament. I had played a little less abysmally than last week, but nothing special.


Then one of my group came up and thanked me and the other shoe fell.


Guess what? I could actually be in hot demand, because when you factor my gigunda handicap in, it drops all the other scores in the group through some whacko golf magic.
I’m the ringer!
Posted by Marty at 5:16 PM

Email ThisBlogThis!Share to TwitterShare to FacebookShare to Pinterest
Labels: golf