Encounters of the 60ish Kind 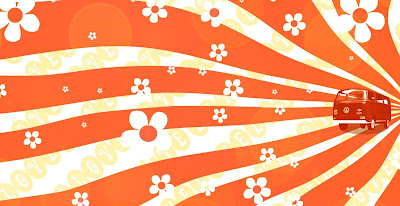 Florida can be a funny place.

Sometimes it feels as though we’ve entered into another country, one with an age range spanning only thirty years or so. There are schools here in our area, with actual children in them, and our complex is not a 55 and older community, but to the most part wherever we go, everyone is around our age, give or take ten years.


Also, you have to work pretty hard to find an actual Floridian. The majority of people are from somewhere else, even if they’ve live here for 20 years, and they’re curious to learn where it is you’ve arrived from.


There’s kind of an instant camaraderie. People who would never have struck up a conversation in their own drugstore in Ohio or New York, turn to you here and comment on the price of Band-Aids or the effectiveness of a particular sunscreen.


At the grocery store this week I traveled past the display of pancake mix and stopped next to a sixty-ish woman who was studying bottles of maple syrup on the shelf. Together we pored over the various sizes, brands, and grades offered but something was off with the pricing. One bottle that was twice the size of the one next to it was marked even lower than its neighbor. Before I knew it, she’d taken out her phone and was working out the price per ounces for us. I also learned that she was from just over the Canadian border, where they bought their syrup by the gallon tin. Several minutes and some conversation later, we determined that the shelf had been mislabeled, and we chose our bottles and moved on.


The fit, but probably 70+ gentleman who bagged my groceries was determined to push my carriage for me to my car. I tried to tell him that I was perfectly capable of doing this myself, but as he said, “If I take this out to your car, I can get the hell out of here for a few minutes.” How could I say no?


We loaded my car, and then exchanged backgrounds – he was from Michigan – and opinions on current events. By the time I’d pulled away, he’d relayed the call letters for a radio station he felt might have the same viewpoint I did.


Whether it was based on similar age brackets or political leanings, the conversation had a definite 60s underground resistance vibe to it.