Like everyone else, we had a herd of people coming for Thanksgiving.
This year, due to the new digs and therefore much less space, people came in waves. The first wave was the turkey and fixin’s crew, the second was the pie crew.


Some had never been here before, so in spite of this new world of GPS, we sent out directions, just to play it safe.


That’s when I noticed yet again the difference in the frames of reference for the two sexes.


I’m mostly about landmarks, although not quite as bad as, “Turn left where that Ford dealer used to be, just past the big oak tree.” Still, street names are eluding me more and more these days, plus half the time I never noticed them in the first place.


My directions for newcomers is, “Stay to the right. We’re the first fire hydrant.”


With the male fondness for the technical and cartographical, My Guy combined Google Earth and Photoshop and now sends this out to incoming guests: 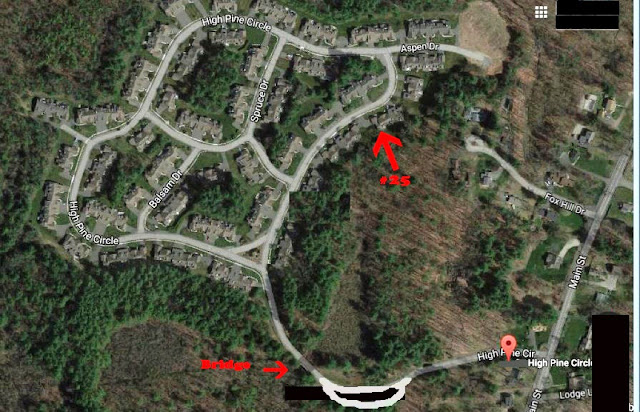 And yet, when my daughter arrived, she pointed out that she found it to be impossible to read any of the house numbers from the street. The was proved by my in-laws, who, peeking in a window, spotted wall paper similar to ours and were halfway across the lawn with their pumpkin bread when the startled faces inside told them they were at the wrong house.
Posted by Marty at 8:50 AM