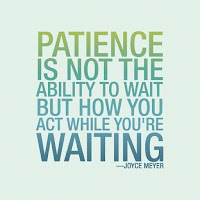 There are times when it’s a good thing I’m more of a type B.

My trusty canister vacuum cleaner finally sucked its last so I headed off to our nearby Sears where I’d bought it, hoping to get something similar. The Sears stores around here have been closing their doors faster than a starlet’s on Harvey Weinstein, so the fact that it was still there felt like a good omen.


I found the vacuum I wanted, although it looked like the Jetson’s version of my beloved 20 year-old model. I couldn’t figure out how to detach the wand on the floor model, so after a 4 minute search I tracked down a human in another department. She in turn went in search of Bob, who was in charge of the vacuum section. Bob, it turned out, was deeply immersed in a convoluted transaction with another customer, further complicated by the fact that he had a contentious working relationship with his cash register.


I wanted this vacuum. It was cheap, similar to my old one, and here.


I suggested to Clerk One that we open a box and look for the owner’s manual.


Instead, Clerk One – who to her credit maintained a friendly smile throughout – led me to her department where she looked the vacuum up in the store’s electronic data base. Much scrolling later, no owner’s manual.


We walked back to vacuums. She assured me that Bob would be with me in no time. I took out my phone and began looking for the owner’s manual on line while scanning the revues.


Bob was not with me in no time. Bob was still hunched over his cash register under the gaze of his customer, who must have had even more patience than me.


Finally, Clerk One caved and arrived with a pair of scissors. We dived into the box. I found the owner’s manual, determined how the parts went together, and bought it.


Now, a good 25 minutes since all this began, Bob bustled over, practically rubbing his hands together as though he’d had some part in all this.


Life is short so I just smiled and left.


My next errand was the grocery store, which was uneventful until I hit the checkout line. I was happy to see my line had a bagger, which would speed up the process. My bagger was a fresh-faced blonde teenager. I hadn’t been to the store in two weeks, so my order was hefty.


It didn’t seem possible that anything short of a tree sloth could move at such a pace.


I finally paid and left. I huffed to myself with annoyance as I walked to my car. But again, what purpose would have been served if I’d fussed? And for all I knew, that had been his top speed.
Posted by Marty at 2:09 PM