Yesterday we ventured into enemy territory. Fortunately, we had reinforcements, some in civilian garb, the better to infiltrate our opponents’ ranks, others in full uniform. 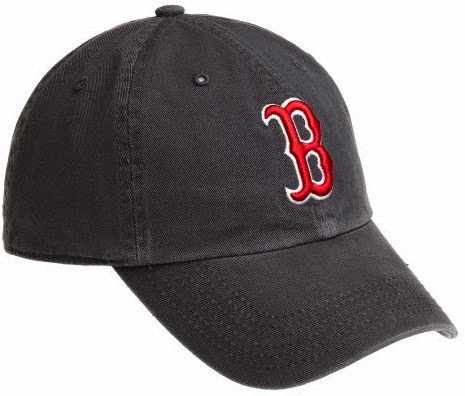 My hub and I joined a segment of our extended family on a bus trip to the Big, Bad, Apple for a Boston Red Sox vs New York Yankees game at Yankee Stadium. I like baseball on TV just fine, I go into kind of a soothing meditative glaze, but a full day at the park is a whole other commitment. And ominously, the game the day before had run to 19 innings and ended at 2 in the morning.

We were up at 5:30 in order to make the departure time, and I only grumbled a little externally.
Internally, there was a lot more going on. Why didn’t I just say no, getting up this early is nuts, I’m going to have to sit on a hard chair for HOURS with someone spilling beer in my hair, I’m probably going to freeze to death, it’s going to be crowded, the sun will be in my face for HOURS, etc. etc. etc. 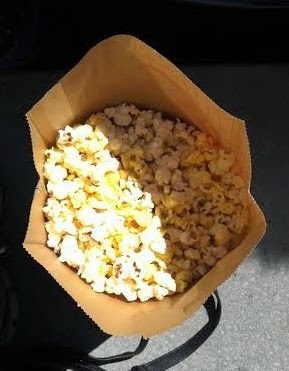 As it turned out, the six of us had great seats on the bus, way in the back. We basically had our own bathroom since almost no one else used it. The bus had Wi-Fi (amazing, huh?), and we arrived in what seemed like no time at all.

Half a block and we were in the park, where we wandered around, had a hot dog and strolled past all the souvenir shops where we could buy absolutely nothing, it being all blue and white instead of the colors God intended – red, white and blue. We even rose above trading remarks with one vendor who was selling Buck Foston tee shirts. 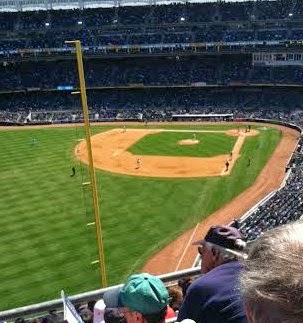 Our seats, being bus trip seats, were just short of grazing the sky but still turned out to be quite good. We had a clear view of the field and the unrecognizable ants playing on it.
It was my first real stint in the spring sun and, with my cap shielding most of my face, it felt glorious. The only snag was they might as well have been playing in pantomime – we couldn’t see the ball. We’d hear the crack of a bat, but if you tried to track the ball, you’d miss what the runner was doing. If you followed the runner, you didn’t know what was going on in the field.

Still, by my standards, the day was a roaring success. The two teams zipped through eight innings as though they were channeling my wishes, the weather was a bit windy, but perfect,  there was an exciting brief rally by the Yankees at the end to raise the tension a bit, and the Sox won, 8 - 4. 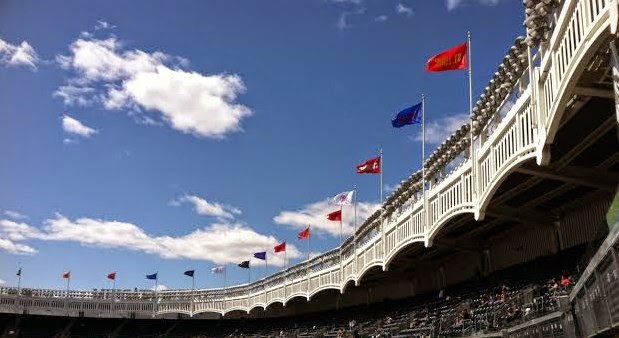