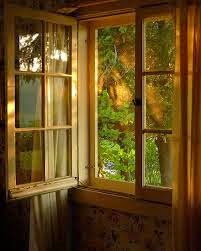 In the afternoons I’d come home from Washington-Lee High School and find her sitting on a hard-backed chair in the living room.
She wouldn’t be watching TV or reading - just sitting. She would sometimes be there for thirty minutes or more, perhaps looking out the window, but often just sitting in the silent room.  Growing up, I’d never seen anyone do that before. In my family of college professors, lawyers, and doctors, we were readers. Sure, we all watched a healthy share of television, but if anyone had a free moment he’d have a book or magazine in his hand.

I was sixteen so it never occurred to me to wonder what she was thinking about.

Nana was my step-grandmother. A few years after my parents’ divorce my father had remarried. I sometimes ask myself if he only married Dot, a woman he knew from work, so that he could have custody of my sister and me, making it possible for us to leave our alcoholic mother, but that’s another story.


Along with Dot came her daughter, who was the same age as my older sister, and Dot's mother, whom we all called Nana. She was a small, quiet woman in flowered housedresses with wizened, arthritic hands and when she’d return from a trip to the beauty parlor with Dot, her thin white hair would have a fresh tint of blue to it.


She was basically the housekeeper. Both Dot and my father worked for the government and Nana would be the one at home cleaning and cooking. She was devoted to her afternoon TV “stories”, she carefully laid out used paper towels on the kitchen counter to dry and use again, and while her cooking was very basic compared to the coq au vin and lamb curry I’d grown up on, she made a spectacular Manhattan chowder. Her favorite saying (which later was almost my future husband’s undoing on his first visit) was, “Eat up and give the house a good name.”


Nana stayed in the background, never interfering in any family issues. I was a teenager, so she was just part of the scenery for me; it never entered my head that she might have once had her own dreams or regrets.


The other morning I woke up thinking about her for some reason. I thought about how, long before I knew her, Nana had left Long Island in the 1950s and moved with her husband (who died not long after) to Arlington, Virginia to care for her infant granddaughter while her own newly-divorced daughter went to work to support everyone. She’d left the home she’d known her whole life, for a place where she knew no one, and she’d left it to live in someone else’s household for the next twenty-five years.

As we grow older, of course we don’t relish the fact that the distance behind us is so much greater than the one ahead. Yet one consolation is the catalogue of accomplishments and experiences that filled those earlier years.


I’m struck by the poignancy of a life like Nana’s - one that could have encompassed so much more. Or maybe I’m completely wrong and her solitary afternoon moments were deeper than I realized. As Marcus Aurelius said:


Our life is what our thoughts make it. 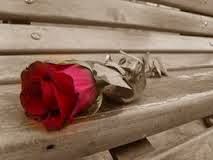