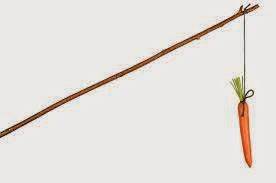 Rusty Shipe, Anne Vartanian, Rusty’s four-year-old cousin Jimmy, and I had a project that summer.
Anne and I were in third grade, so Rusty must have been in fifth, and we were all digging. We had chosen an unused spot in Rusty’s grandmother’s garden and we were digging as if our lives depended on it. To this day, I have no idea what the final purpose was, but we dug one big darn hole that summer, a hole to be proud of.


I like a goal. Even a short-term goal, like a resolution to hopscotch from one end of those driveway chalk lines to the other. My goals grew and contracted with life. There was the larger one of college, and then the more immediate one of life with small children. Instead of deciphering Plato’s philosophy of the cave, I was now devising that week’s activity for my Girl Scout troop. I still had a purpose to my day.


A couple of hard-won degrees through night school, twenty years as a teacher, and here I am, retired with what much of society might view as the end of the line. No more need for goals. Time to just sit back and watch other people scrabble up that mountain of ambition.


It might be those darn Puritans and their work ethic tapping me on the shoulder, but bus trips, lunches, and golf aren’t enough. I fully intend on living to ninety three, and baking all our bread, macraméing plant hangers and embroidering blue jeans (as I did as a bored housewife in the 1970s) won’t cut it either.


The purpose of my writing might be as vague as digging that hole in 1957, but like that hole, I’m doing it because it’s something tangible I can produce in my own way, at my own speed, and when I’m done, I can say –