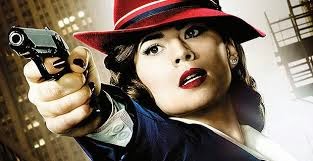 I was watching a new TV show the other day - Agent Carter. This new series is a spin off from the Marvel movie, Captain . It’s a pleasant show if you’ve spent your day on version 17 of your tax return, or perhaps have just had a root canal and need to sit very still and stare mindlessly at a screen. The spunky main character zips about in nifty 1940s ensembles and solves crimes too difficult for all those knuckle-dragging men. The producers have gone to great lengths to create a set authentic to the time. The hair, the cars, the language, are all spot-on.
Problem is, at one point Ms. Carter has a tickle in the nose and sneezes into her elbow. Can you say anachronism? 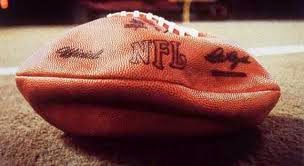 I think I can easily claim to be the least-informed person about football in any 50-mile radius you’d care to choose. However, only cave dwellers have been able to miss the latest controversy in the NFL – whether or not the New England Patriots had failed to fully inflate the football in the game taking them to the Super Bowl.
Maybe it’s my colossal ignorance asking this, but wouldn’t an under-inflated pigskin also be to the advantage of the other team, too? 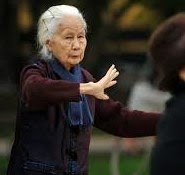 While some may have one theory about the beginnings of Tai Chi, I have another. It explains the popularity of this form of exercise at senior centers everywhere. This came to me as I was trying to silently edge my way out of a restive five-year-old grandson's bedroom. His little head popped up like a bagel out of a toaster each time my cracking aging ankles gave me away.
Obviously Tai Chi was really created not for the purposes of martial arts, but had been invented by a weary Chinese grandmother.