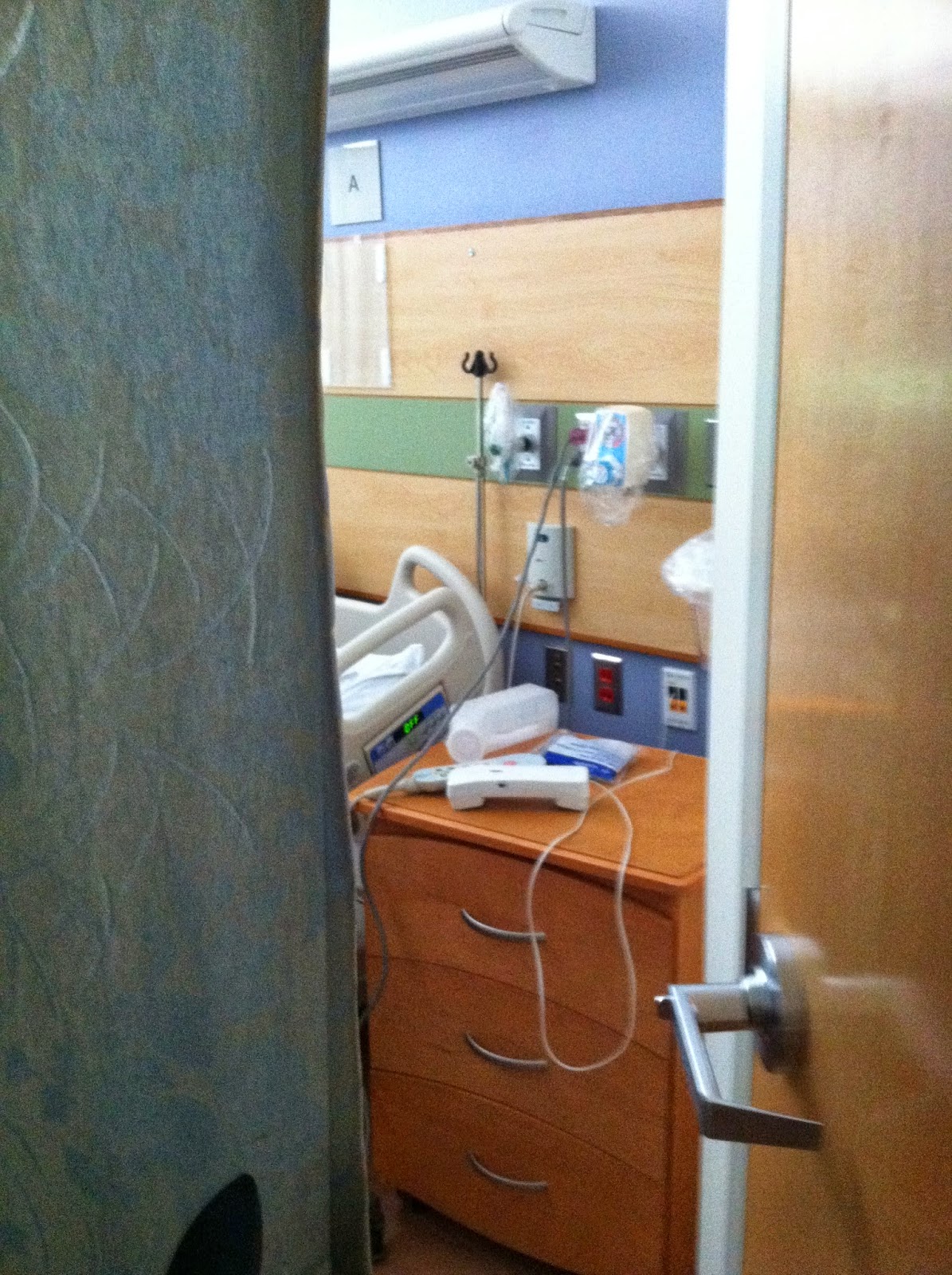 Sunday definitely brought a break in our routine as we headed for the emergency room, Mr. Welcome Words folded into six foot three of agony.

We are lucky enough to have a small hospital 15 minutes away in the next town, saving us a longer trip to the megalopolis of health care in the city to our west. While no emergency room is anywhere you want to be, at least we were unlikely to be sitting next to gangbangers with gunshot wounds.

As long as you don’t think you have anything too exotic the matter with you, it’s a great little hospital. They did just fine with my appendix in 2009.

The wait wasn’t too lengthy, about ½ hour, probably fabulous by emergency room standards, but an eternity of misery in the waiting room chair for Mr. WW.
Finally we were ushered to triage, where more information was taken, then to a private examining room, and then – halleluiah – a doctor with a soothing voice and a physique as well-fed as my husband’s. His first decision was for pain medication, which we thought was a spectacular idea. Still, it took at least 15 minutes before it was finally coursing into the spousal unit’s veins, what with writing the order, someone reading the order, and someone starting the IV, not an easy thing with Mr. WW’s shy veins. 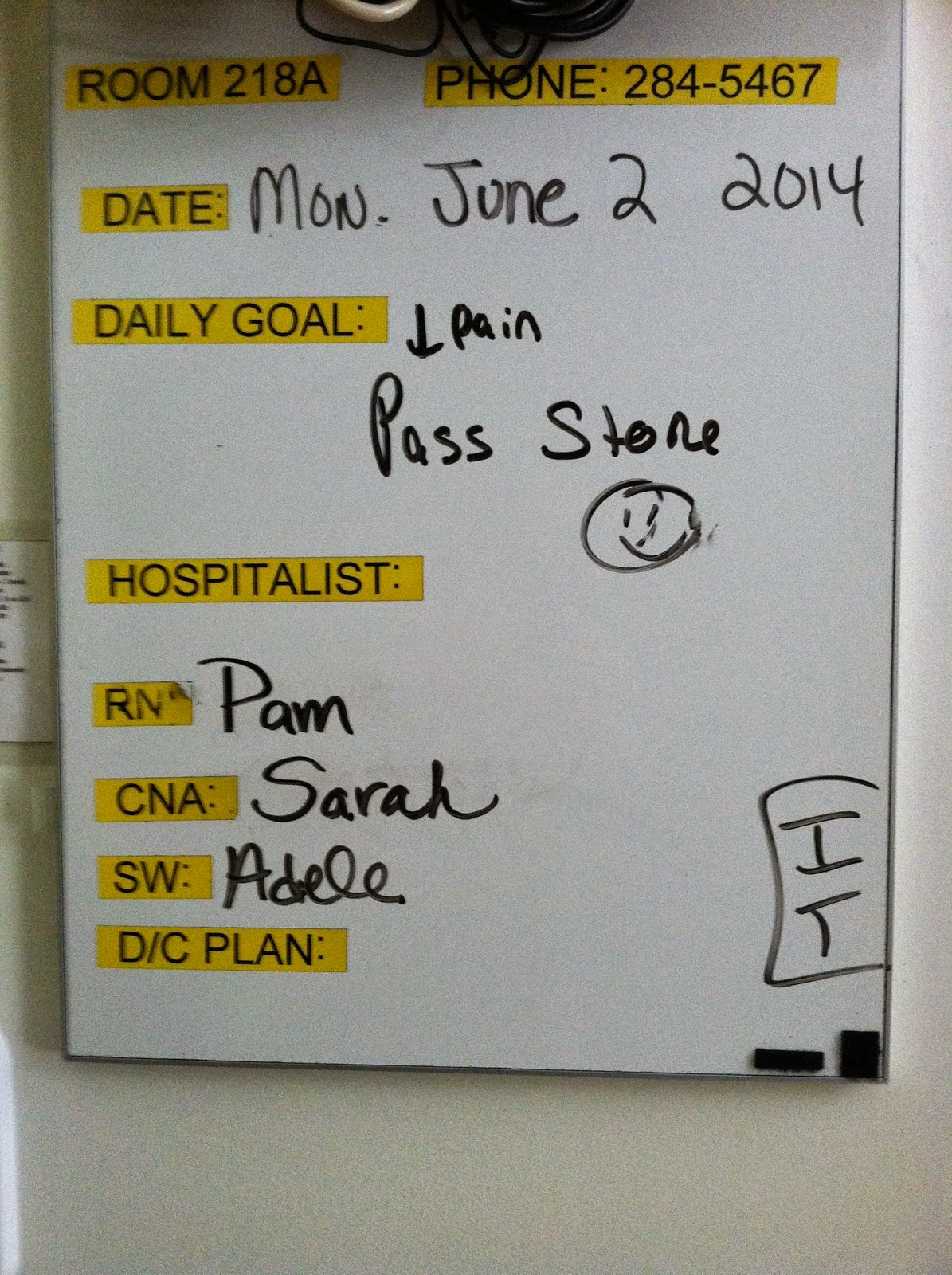 Bloodwork, a scan, and LOTS of waiting, and it was finally determined that it was likely a kidney stone – a new experience for us – and he should stay overnight.

It’s the second day and still that stone has not decided to greet the world. From what I can tell, as the time for another Percocet nears, the pain is excruciating. I’m reminded of the television series, Call the Midwife. 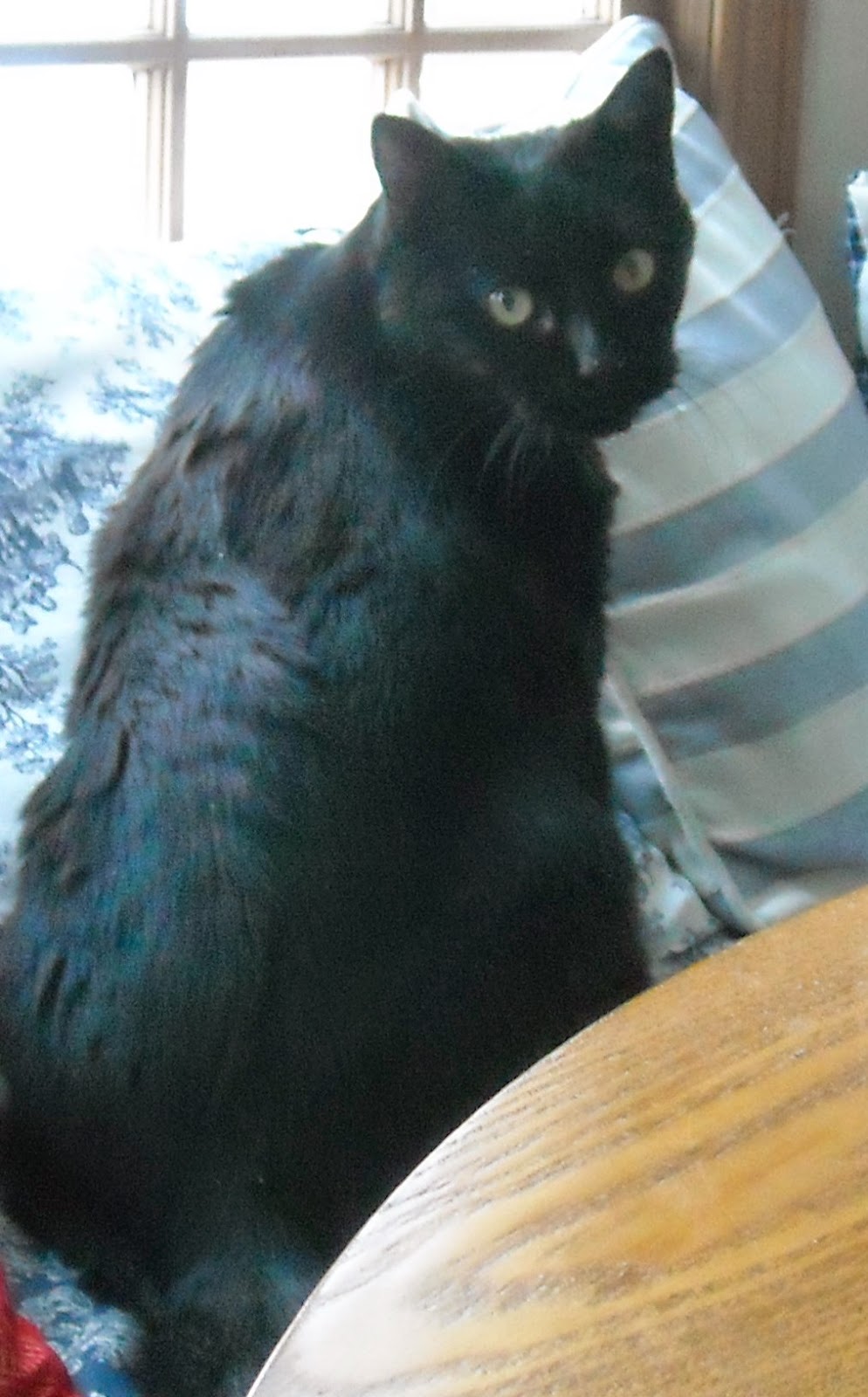 On a happier note, Satchel the geriatric 17 year-old cat who waits to be lifted onto chairs and is only still around because of his ruinously expensive medicated cat food, is still defending the home front.

At on Sunday evening I was on my way outside to put my car in the garage since I wouldn’t be returning to the hospital till the next morning. Suddenly Satchel streaked from the chair on the front porch where he’d been sitting and tore past me and out of the yard.

I followed with a flashlight, hoping I wasn’t going to find him doing battle with a coyote, or for that matter, that I’d be able to find him at all. (Not the easiest thing with a black cat on a back road with only three houses and no street lights.)

He and his adversary, a big orange Tom, were in the neighbor’s driveway doing the sideways, I’m-bigger-than-you-are cat thing.

I scooped him up and carried him, unprotesting, home.
He slept the whole next day.