The (Thanksgiving) Party's Over 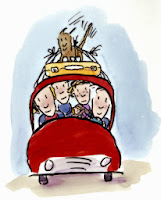 We’ve waved the last wave and
the grandboys are on their way
back to the mountains of .

There are three of them and they’re a convenient 11, 9, and 4. This is handy because depending on what you feel like doing, there’s always someone just the right age to join you. A cryptic decoding game? Mr. 11 year-old. Want to watch a soccer game with someone who knows every possible intricacy? The 9 year-old soccer buff.
And for a fast game of Connect Four (with none of those picky rules), our 4 year old is your guy.

Highlights of the weekend – 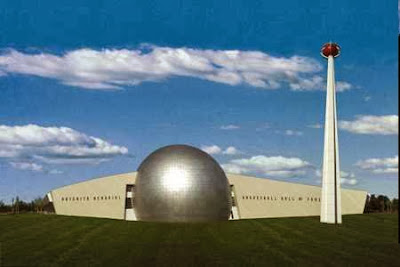 A trip to the Basketball Hall of Fame. Our older guys are just beginning this year’s season with their teams, so it seemed like an opportune time.

I don’t know what amazed me more: the fact that he made two baskets or his willingness to give up the ball after each turn. 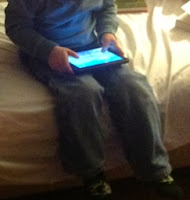 That night, with Mom and Dad safely off to a high school reunion, Grandpa was able to join in a four-way game of Minecraft, with a mixture of parental ipads and Kindles. There was lots of “Don’t fall into the lava pit!,” “Where’s my sheep?,” and “Where are you Grandpa?”
Another running commentary came from Grandpa, asking “How do I do that?” and “What does this do?” This was answered by the 11 year-old with instructions to the 4 year-old:
“Eli, go show Grandpa how to do that.” So Eli would pad over to Grandpa’s easy chair (his head just above the arm) and show his grandfather what’s what.

This morning it was time for them to pack up and try for an early departure in hopes of missing the traffic. While everyone else was busy, the four year-old slipped outside to put in a little time with his hockey stick in the driveway. I’ll let my neighbor (who’s the mom of three grown guys herself) tell you what happened next in her email titled, “Thanks for the Entertainment!”

“I just happened to look out the front window about the time your youngest grandson came out of the house without his jacket.  He was so cute dancing around the front yard, picked up a stick and did a little martial arts type of configuration tracing the stick in the air. He then put the stick down, pulled his pants down and peed!  If you gotta go, you gotta go!”
Posted by Marty at 11:39 AM