Bear on the Loose 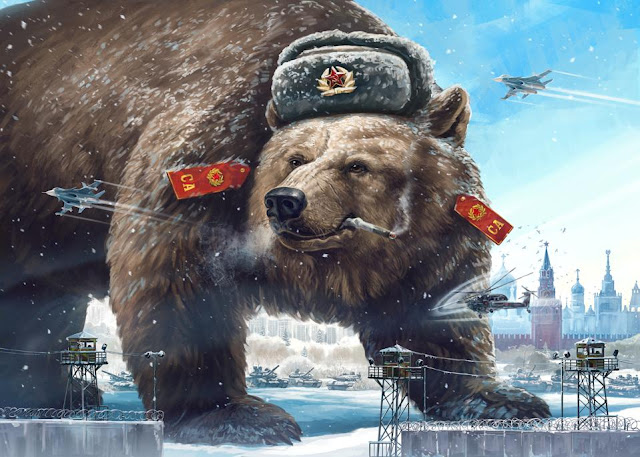 I’m currently enjoying yet another book by Alexander McCall Smith, who either started writing right out of the womb or has the record for the fastest production rate of any writer in history. His series include The No. 1 Ladies Detective Agency (19 books), the Isabel Dalhousie series (12 books), the 44 Scotland Street series (12), and 16 more in assorted other series.

His books tend to drift off into philosophical musings, and The Second-Worst Restaurant in France is no exception. It was published in 2019, but this passage that I read yesterday was eerily prescient considering today’s world news:

One of the characters said, “. . . he understood how jumpy the Russians were and how they didn’t like having NATO forces on their borders, because Russians have always felt threatened by the West – they just have. They’re paranoid about it and you have to be very careful not to make their nightmares any worse.  You keep your distance. But he said some of his counterparts didn’t see it that way. They said that it was better to eyeball-to-eyeball with them.”