Today should be a quiet Saturday at home. The forecast is for some yucky weather – snow/sleet/rain – so I think I’ll stay in and make Christmas cookies.

Sounds super cozy, doesn’t it? Except I never look forward to the process. They seem to take all day – mixing, rolling, cutting, colored-sugaring, baking, but I also can’t imagine ever going out and buying them.

This morning’s weather didn’t pan out as advertised. By noon all we had were some half-hearted spits of weak sleet, but thinking I wouldn’t want to venture out later, I did a lap around the complex and then gathered up Mamie for a short walk, where I photographed a few oddments while she sniffed things.

Big footprints coming from the wild area near our street. 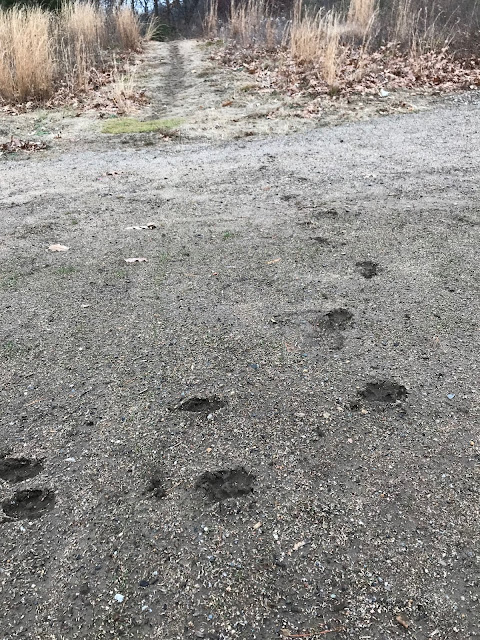 I think I’ll decide they belong to the boxer I’ve seen from time to time, and not the bobcat I've spotted in our backyard. 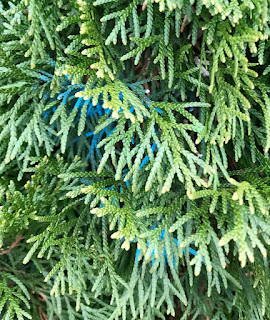 On one of our arborvitae soldiers, improbably blue sprigs on the branch that look as though they’ve been painted, except they weren’t. 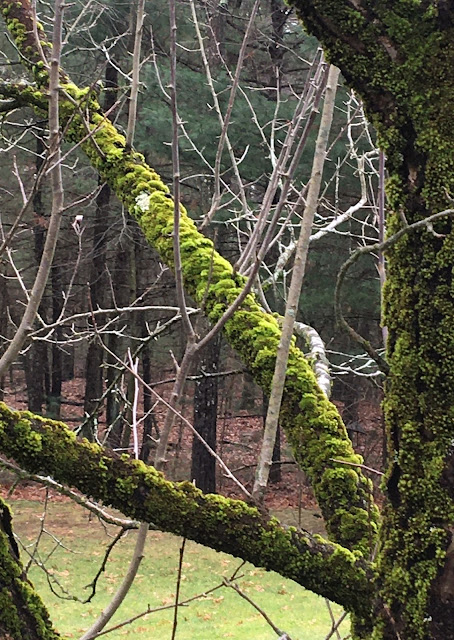 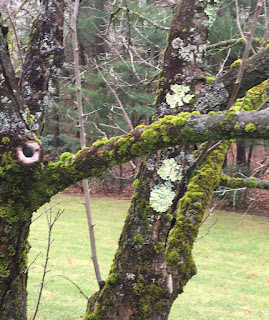 And a velvety-green lush growth on the arms of our ‘possum tree (so-called because much of the year it looks to be at death’s door and then explodes with lovely blooms in the spring) -  yet another surprise it had up its sleeves.
Posted by Marty at 9:21 AM