I only lived in North Arlington for four years, (before parental divorce, South Arlington for 5) but probably since those were high school years, that’s where the few remaining emotional ties to my youth reside. This past weekend we made a quick trip to the Arlington, VA area. 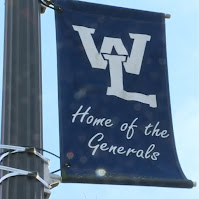 Thomas Wolfe had one take on the whole “never go home again” idea, but this visit added another layer. He was speaking more about people and attitudes, but for me everything physical has changed. Some of the quiet streets are now filled with high rise after high rise. The original building of my high school is also gone and replaced by a massive structure that could probably fit the original school in the gym. Ditto with my junior high. And though originally Washington-Lee High School (alma mater of Warren Beatty, Shirley MacLaine, Sandra Bullock, Forrest Tucker, among others) it’s now Washington-Liberty, thanks to Lee’s tendency to sedition and slave-owning. 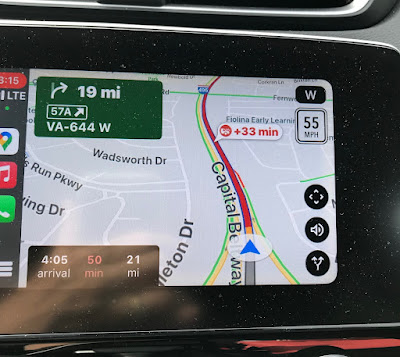 And yes, my home is in a small New England town, but I’ve lived a full life – I’ve seen traffic. I even see it here, but in Western Massachusetts we don’t have to schedule our plans around rush hour. Even my Saturday afternoon half-hour jaunt over to Silver Spring, Maryland to see a high school friend ended up taking well over an hour.

When we were kids, we’d hop into Dinky Dean’s family station wagon, toss her canoe on the roof and pop over for a paddle on the Georgetown canal. Or we’d take an early evening drive into the district to stroll around the Lincoln Monument or we'd hit a beer hall in Georgetown (drinking age for beer and wine was 18 – never mind that we were probably 16). Of course some experiences were unique, like flirting with the page boys from the family Senate seats or riding on the Congressional subway when we were in junior high. Ann Howard, Humphrey’s niece, was a friend.

My Washington D.C. is now blockaded by barriers and snarled with traffic, but I certainly got a lot of mileage out of the old version.