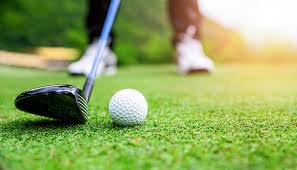 In the delightfully casual golf league I belong to in Florida, members routinely take do-overs, move their balls with abandon, only count swings that actually connect with the ball, or, like Betty – one of my favorites there – don’t even keep score at all. And everyone is just fine with that.

My grim league here in Massachusetts begins the season by emailing out three pages of rules to everyone. One woman routinely lies about her score. Another somehow keeps track of not only her own score, but also keeps an eagle eye on the number of swings everyone else took as well. And, according to rule #24, if you have too many strokes before you get to a hole, you have to stop at that point, write down double par plus two, and put an X over the score. I suppose this is to broadcast what a poor excuse for a golfer you are; instead of an “A” on your chest, you have a big black X on your scorecard. When you finish your round, each group must submit two scorecards, signed by the members of the foursome. I’m surprised there’s not a notary with a polygraph machine waiting at the clubhouse.

This was reassuring to someone (me) who holds the biggest handicap in the league. Unlike baseball, having a big number of anything in golf is never good.

As it turned out, we were pretty evenly matched, with final scores only a couple of points either way. I guess this would have been more of an accomplishment for me if Pat weren’t on the other side of 90 (age, not score), and Alice hadn’t herself been in her 80’s and blind in one eye. By the way, Pat won.