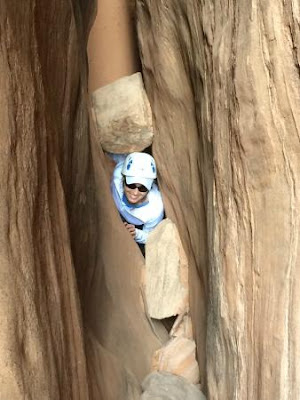 You know the ones.
Not just the stereotypical elevator moments when you’ve settled into your own personal space, a good 12 inches away from your neighbor, and the doors open to another onslaught of humanity.


Maybe that last trip on an airplane when you’re suddenly up close and personal with the crotch of a fellow passenger as he heaves his carry-on into the bin over your head. I still remember the 8+ hour flight from Italy when I found myself next to a twenty-something who, in spite of having an aisle seat, hogged every inch of foot room and arm rest for the entire trip, and in spite of being European-skinny, managed to even ooge over into my seat.


Now that we have more personal space than even the most repressed WASP’s could wish for, I find myself almost nostalgic about those times we pressed the flesh.


My most epic experience of sardining with my fellow man was a long-ago Fourth of July in Washington D.C. In spite of having grown up in Arlington, I don’t believe I’d ever been to view the fireworks right on the Mall on that most patriotic of days. My Guy and I, plus a friend, had poured with the rest of the crowd onto the Metro. Our subway car was already so full that I was grateful for the buffer of my 6’2” husband on one side, and Pete’s 6’4” bulk on the other. This had to be it, so when we pulled up to the next stop and the doors opened to another herd of people, I thought surely no one else would try to get on.


Framed by the subway doors were two optimistic guys, an enormous cooler between them.


Smiling back at us, they answered, “WAY, Man!” and magically wedged themselves into the car. We all sucked in every last inch of flesh as the doors closed on them.

What was your tightest spot?
Posted by Marty at 8:48 AM