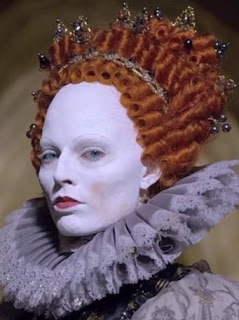 Standards are slipping a bit here.
I returned from this morning’s walk and took my shower, which is a good thing. At least we’re still bathing. But as I looked in the mirror (first time today, and there’s the problem) I realized that I’d done two laps around the complex with the raccoon eyes of someone who'd failed to remove her eye makeup from the night before. In my defense, I hadn’t bothered because I’d never applied mascara yesterday (I mean, why?) and had only used a bit of eye liner so I could avoid the pig-eyed look of Queen Elizabeth. 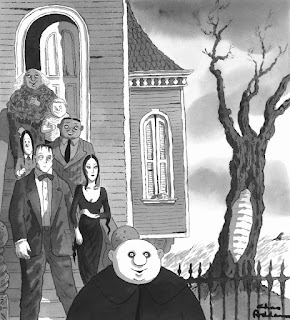 The good news is that I didn’t see a living soul, and if they had appeared, we’d have been at least 6 feet apart. Fine, they might have wondered why I now had the appearance of someone from a Charles Addams cartoon, but no harm, no foul. 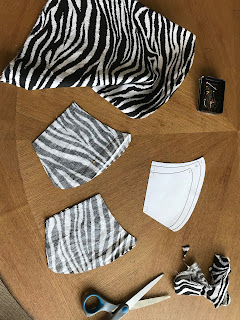 The “how-to” photos and videos for masks are flying thick and fast by way of Facebook, emails, and messaging. I literally just received a text with instructions from a person I haven’t spoken to in four years.

Here’s how mine turned out (It’s crucial for everyone in the household to be color-coordinated): 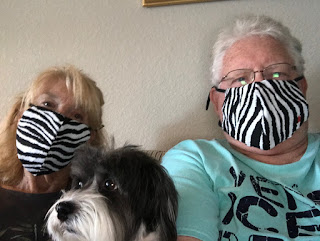 Yet, when I looked in my underwear drawer today, I realized the ultimate solution was staring me in the face:
Cut one of those babies in half, rearrange the straps, and you’re off to the races grocery store.
Posted by Marty at 8:43 AM