Not all good things come in small packages

This morning’s incident was a reminder that Shangri-La is just a fictional place in the 1933 novel Lost Horizon. Even here in the Florida branch of Condoland, we haven't achieved utopia. 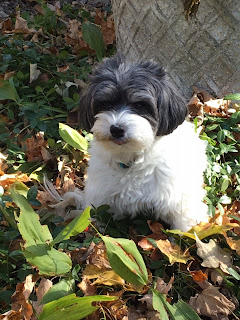 Mamie and I were on our way back from a walk around the complex.
We’d stopped on the way to chat with a friendly neighbor and his little dog. We said goodbye and as we were nearing our condo, I heard growling and barking.

One of the people in our building (they’ve got their place up for sale, thank God) have had a turnover in dogs. One -which they still have – is a golden retriever, who like every other golden I’ve ever met, seems placid and non-confrontational.


Its companion used to be a snarly long-haired dachshund, who, in spite of its size had a bark like a fiend from hell, and which the owner once freely admitted to me was a problem. That one must have passed on to its well-deserved reward, because now there’s a replacement, a snarly little Chihuahua.


Mamie – who I’d acquired from a household where another dog was attacking her – was on her leash and this little hellion came tearing around the corner and chased her, nipping at her heels. I grabbed my dog and held her in my arms as the dog circled, snarling, around my feet. The owner appeared, apologized profusely, said his dog had slipped out the door, his wife was supposed to be holding it, etc. etc.


I think these people should stick to the larger breeds.
Posted by Marty at 6:59 AM