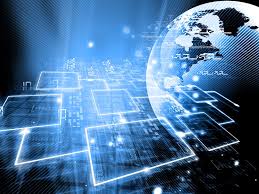 My life currently has become one technical milestone after another.


I’m now stumbling through the learning curve of a new laptop with shiny new Windows 10.
My husband assures me this is not the first iteration of 10 – the one that drove perfectly rational people screaming from their computers.


My Saturday morning was spent with the computer guru who was theoretically schooling me on the use of my new laptop. As she whizzed the mouse from one icon to another and pulled up files only to zip off to something else, I had a flash of what some of my past students must have felt when I would demonstrate iambic pentameter in Hamlet. I finally reached the nod-and-grunt-in-affirmation stage even if I had no idea what she’d just done.


(In writing the above, I had to stop and first fight my way through the unfamiliar toolbar to prevent the program from whimsically throwing extra spaces in between the paragraphs.)


Today My Guy and I motored off to Best Buy to purchase an MP3 player. I don’t particularly want one, but my beloved Zune, a prehistoric player no longer manufactured, refuses to sync with the new laptop. I loved my Zune. The audiobooks I loaded to it made it possible for me to put one foot after another. Literally. Walking for exercise bores me to death otherwise. And carrying my heavy iPhone instead feels like strapping a phone book to my hip.  So now another thing to learn to operate.


This afternoon in Big Box Store I realized I was channeling what men must feel like at the mall with their wives. I walked in, found the product I wanted, and was ready to check out when I looked around to find My Guy had drifted off to some other display. I stood around while he debated the merits of one Smart Plug after another. To his credit, he didn’t get seduced by the drone display or the home security cameras, but I did see a number of men staring into glass counters while their womenfolk (if they had any there) hovered in the background patiently.


If men carried purses, we would have been holding them while they shopped.