A weekend of crime

This weekend Mamie's been on strike.
According to reports from home, she hasn't eaten or pooped since Friday, and she's set up camp in the armchair in my office. When My Guy brought her outside while he launched another attack on leaves, she wasn't exactly a bundle of energy.

What's the cause you ask?
I'm at the New England Crimebake, a conference for mystery writers.  It's being held in Dedham, a particularly apt name, I think.
It's an egalitarian gathering where unpublished writers who have been rewriting the same murder mystery for the past eight years rub elbows with success stories like B.A. Shapiro, the author of The Art Forger..  Who, by the way had nine books that went unread or were just "meh" before this current success.
In fact, that seems to be the theme of the weekend: the very long and very bumpy road to getting published and read, and the need for perseverance. I listened to a number of authors and even took in a podcast. 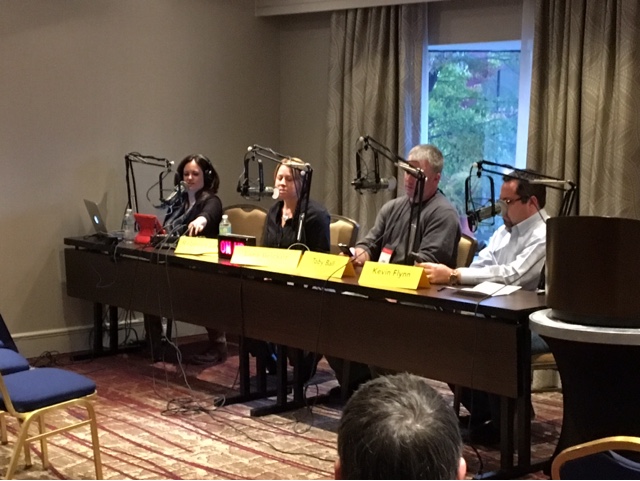 This year's guest of honor was William Kent Krueger, author of a mystery series set in the Northwoods of  Minnesota. 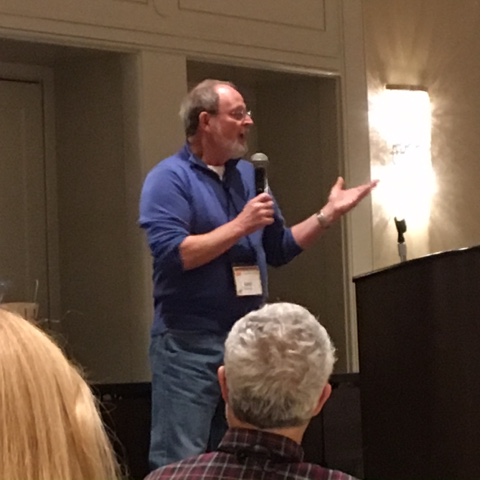 Crimebake certainly gets their money's worth out of their speakers.  He spoke after our Saturday lunch, showed up in a panel on Writers Banding Together for Promotion, jetted next to a panel on Creating Your Fictional Town, and then judged the limerick contest at the banquet.
The banquet itself was an eye-opener.
In recognition of Krueger's Minnesota home, the theme was flannel and the ballroom was awash with checks.  After dinner the music began and people usually branded as introverted social misfits were out there snapping their suspenders and stomping their Timberlands.
Today's remaining panel is called Canine CSI, a good way to end the weekend before I go home to prove to my depressed dog that I haven't left her forever.
Posted by Marty at 5:56 AM