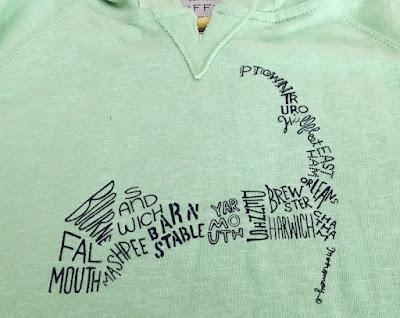 We’re all settled in for the next week here in the brachiordiaradialis,
or then again, maybe the pronator teres of Cape Cod. Just above the elbow, anyway.


Our departure from our usual departure worked out perfectly. A gathering of the husband’s high school classmates delayed us till 2:30. Instead of scientifically planning the best time to beat the race to the Cape – early in the morning? late morning? – we just got on the road when we could. And lo and behold, it was clear sailing all the way. We were afraid to comment to each other on this un-heard of phenomenon, certain that over the next rise on the Mass Pike or 495 would be the usual miles-long wagon train of cars blanketed in bikes and filled with beach-hungry kids. 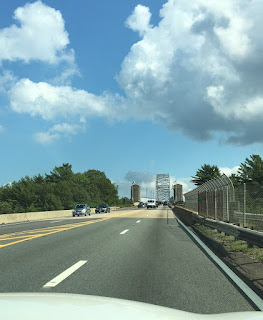 For the first time in recorded history we drove without stopping (!!) to the Bourne Bridge.


We reached our realtor’s office to pick up the keys – again, amazingly, with no delays whatsoever on Route 6. When we got there 15 minutes after closing we utilized their after-hours system of key pick-up, a perfect way to start a vacation in this land of pure escapism. 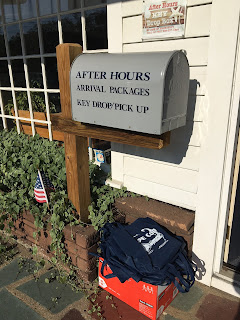 There in their giant and unlocked mailbox sat a box filled with zip-lock baggies, each one labeled with the renter’s name and holding maps, tide charts, local flyers - - and keys.

I suppose if we decided at the last minute that we’d like a different venue than Shady Lane this year, we could have just pulled out, say, the Anderson’s baggie for Ocean View or maybe the Gianelli’s over on Captains Way.

I think I’m glad we were among the first of the late-arrivals or we might have opened the door of our cottage to find a family of five from Mendon looking at us from the couches in the living room.
Posted by Marty at 8:12 AM