Caught between a litter box and a leash


We’ve been mired in a quandary here for weeks, asking ourselves – should we pull our feet out of our big metaphorical boots into the sloppy world of risk and commitment?

We’re petless and have been since our last, and possibly most fabulous cat, Satchel, finally went to that great lap in the sky. It’s been almost two years now and we’re feeling the void. We’ve paced off possible boundaries of the back yard for a fence, researched local boarding kennels, and buttonholed our dog-owning friends. We’ve Googled personalities for cocker spaniels, Maltese, Scottish terriers, schnauzers, and every possible blend of poodles.

Some of these poodle blends are ridiculously adorable 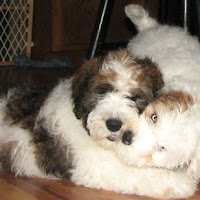 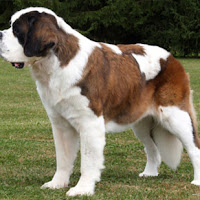 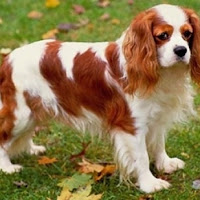 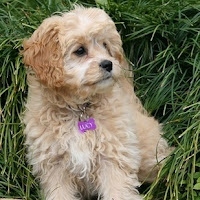 while some, I suspect, were combined just for the wackiness of the name: 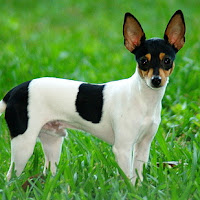 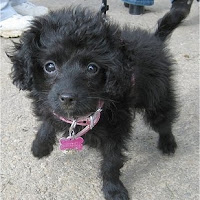 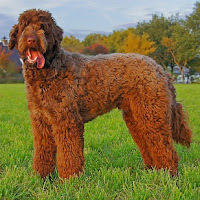 In some cases, it’s difficult to see any other reason for the cross-breed since many of these breeds are just fine in their own right.

This world of dog ownership we’re circling with such wariness is a long-forgotten place for both of us. We each grew up with dogs (and in my case, simultaneous cats) and loved them dearly, but through our married life we’ve veered off to cats.
Let’s face it, cats are easier. Way easier. You put out the litter box and that’s the extent of the training. No barking, no whining to go outside. (Although over our cat years here we received The Look and a fair amount of mewing until we opened the door leading to chipmunks, moles, and snakes.) And, as I’ve written before, our cats were often more like dogs in a cat suit. They came when we called, they followed us and helped with all projects, and snuggled as well as any canine. Had we become cat people?

So why are we considering a dog? We need something portable now that we’ll be driving to and from Florida.

After so much time on-line with virtual dogs, I decided we needed to interact with the real thing. I packed up the husband and we drove to a shelter advertising Theo, a possible candidate.

Once we entered, I saw nothing but eyes- sad, sad eyes peering out from cages.  The usual urge to take everybody there home swept over me. We entered the section for dogs. Like any city shelter, the pit bulls outnumbered everybody, followed by a fair number of Chihuahuas. There was barking and thumping and the sound of nails on concrete. 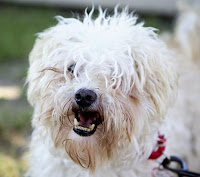 Theo, one of the more enthusiastic barkers, looked up from his cage through a tangle of bangs. He was cute and little (did we want something that little?) but no heartstrings pinged. We took another turn through the room and exited.

Then somehow we were both drawn to the cat section. Big tabbies, and cameos, and greys, and midnight black guys sat on shelves like pouffy soufflés. I knew what it would feel like to pick them up and stroke that soft fur. I knew how it felt to have one weave against my leg or bump its forehead against mine.


If only I knew how to travel for two days to Florida with a cat in the car. 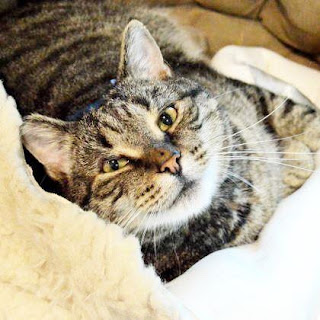