Today's report from the pool 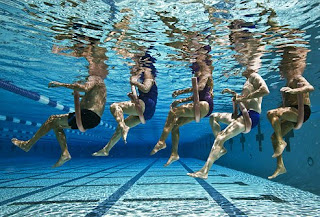 Wednesdays are not my usual day for water aerobics, but today I had an opening in my retired-lady schedule.
Many of the usual Monday suspects were there: Mary, Jean, Ruth, the lady with the swim goggles, the ones who only float in the deep end and chat, the lone gentleman with the pencil mustache who reminds me of a romantic lead from the 1930s. He keeps his distance, a fact which shows either good manners or good sense.

Our Wednesday instructor is a painfully thin lady with long frizzy hair and a shrill voice. Until my summer calendar filled up with golf, she was the original reason why I’ve avoided Wednesdays. Her incessant shrieking and frenetic movements are coupled with a program of questionable benefit, switching us from jumping jacks to weights to leg lifts and back to weights.

Still, there I was. Fortunately, we all pretty much ignored our leader and instead launched into a productive discussion of books, TV, and movies. One person mentioned the Harry Bosch mystery series, which prompted another person to splash over and fill us in on the Bosch TV series on Amazon Prime. From there we went to the new Animal Kingdom with Ellen Barkin.  One of us had made it as far as the first two episodes, but everyone else had surrendered after only one viewing, having found not only the sexual innuendo between the mother and her sons super creepy, but also not one redeemable character. We went from there to the Outlander series, followed by a quick tutorial on using closed captioning to decipher the Scottish accents.


Then finally we came to Game of Thrones, an all-around acknowledged favorite. “Although, I’m glad we’re done with all those torture scenes.”


There in that pool full of grey-haired grandmothers and sweet church ladies, Ruth summed it up: “Exactly! It's fine, though, if they blow somebody up or burn them with dragon fire.”

We all agreed heartily and paddled off to do leg lifts. 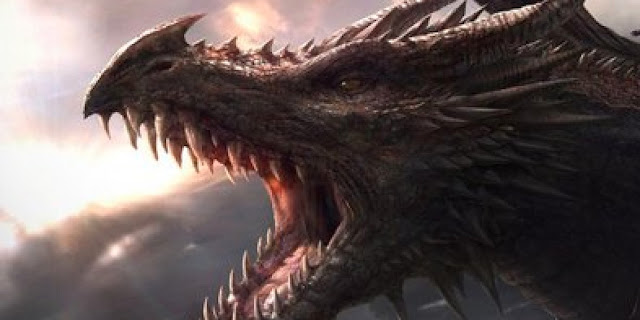