I’ll bet, like me, you consider the person who slows down to rubberneck at road accidents one of the lowest life forms. But I’ll also bet that, like me, you can’t help but glance over as you drive by; I mean, come on, you’ve already had to slow down because of those terrible people in front of you.

Patricia, the hurricane that was steaming toward Mexico’s coast yesterday and that was predicted to be the most devastating hurricane ever recorded in the Western Hemisphere, has just been downgraded to a category one. I listened to the radio this morning as I made my pot of tea and felt a twinge of disappointment. Yes, I know, I’m awful. But I blame the Weather Channel. With twenty-four hours to fill and a channel devoted to one subject, weather has become entertainment – the more sensational the better.

A couple of years ago there was a possibility that a hurricane might reach us here in New England. I think that was the year that we had a tornado, a minor earthquake, and a snowstorm in October that left us without power for a week. I was a tad jumpy about the elements at that point. I sat cemented to the couch as weathermen stood in the wind shouting into their microphones. Before I could stop myself, I was putting big masking tape Xs on the windows. All we ended up with, by the way, was a few hours of rain.

With September’s Joaquin, there I was again, waiting to hear the worst. (At least this time I had a legitimate reason – we had a major family event in New Jersey to drive to.) And there was Jim Cantore, standing in front of rushing water, mic in hand. As it turned out, it was an ordinary waterfall at a South Carolina park and it always rushed like that, but he needed to find water for a backdrop. He was reduced to suggesting scenarios of its banks overflowing if Joaquin arrived.

Maybe it’s the drama of something so much bigger than
ourselves, added to the knowledge that it’s safely far away, that makes weather events so compelling. 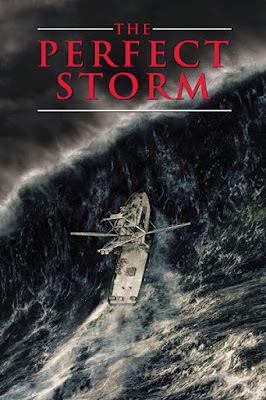 Or maybe we can just blame Hollywood. 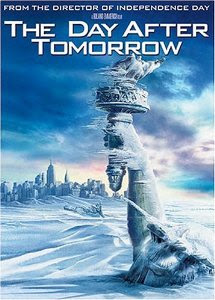