Of Bears and Words

Sunday’s Writer’s Almanac, which you can find here, reminded me that it was the birthday of two very different people, both of whom have had a profound impact on my life and, I imagine, other people’s.

Born in on , this author attended a small public school where one of his teachers was H.G.Wells. When he was older he played cricket alongside J.M.Barrie and Arthur Conan Doyle. He later wrote for Punch, while also producing 18 plays and three novels.

It saddened me when Walt Disney got his hands on this author’s best- known work and replaced the gentle whimsy of the original illustrations.

The author?  When his son was born, he named him Christopher Robin.
You guessed it - A.A. Milne. 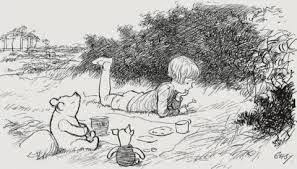 Born in on , this other gentleman was a doctor who was one of the founders of what later became the Royal Society of Medicine. He invented the slide-rule in 1815, and his writing on vision and moving objects likely influenced the development of the Zoetrope, and thus later, motion pictures.

He lost both his father and wife when both were young, and his uncle committed suicide right in front of him. It was to battle his recurring depression that after retirement he took on full-time a task he’d been working on for several years – a work organizing words by their meanings.

The Thesaurus of English Words and Phrases Classified and Arranged so as to Facilitate the Expression of Ideas and Assist in Literary Composition was first published by Peter Mark Roget in 1852. 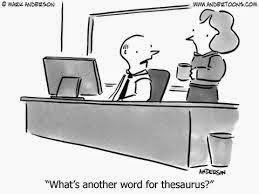