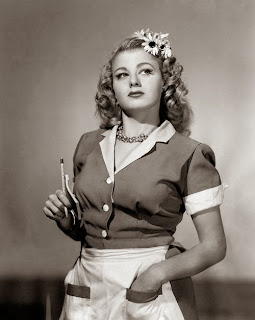 The other day my husband and I were standing in the backyard chatting with our friend John, a master carpenter who was putting the finishing touches on our latest home project. John is a retired motorcycle cop and bears an uncanny resemblance to Joe Pesci, although a more handsome version. He’s also, unsurprisingly, fond of motorcycling and as a result travels to at least once a year, particularly for the annual Rolling Thunder motorcycle rally held every year on the 4th of July.

John was telling us about his favorite place to stay when he travels there. We were curious since we try to get back to every few years or so, and now that I have no family left in the area we’re always trying to decide where to stay.
John recommended a particular Marriott in Rosslyn, which is just across the bridge from the capitol. It’s nothing fancy, but he likes its ready access to the district and he thought the parking arrangements were pretty reasonable.
I was suddenly swept back 45 years to my first job. It was my summer before college. I remember taking the bus every morning in the heat that begins in as early as . I had on my cheap black waitress uniform with my giant white waitress shoes – not ever a good look for someone with size 9 ½ feet. I walked into that same Marriott every weekday that summer for the morning breakfast shift and what an education it was for a girl from the suburbs of . I wish I could remember more because the people I worked with were straight out of central casting.
Mr. R. (and that’s what we called him) was the manager. Although he must have stood up at some point,  I can only picture him sitting in a booth with a big cigar. My recollection was that he was a fairly benevolent character, but he was the boss nonetheless.
There was an older, world-weary waitress (of course I was only seventeen, so she could have been in her early forties) who truly had the most foul language I had ever heard. Creatively foul. Spell-bindingly foul. To this day I’ve never heard language like this and I taught inner-city high school for years.
There was a blond waitress perhaps a couple of years older than me. When I picture her in my mind’s eye, she looks exactly like Carmen Diaz. Maybe I should check Ms. Diaz’s bio. The version I knew was a real party girl and spent most days singing the Jefferson Airplane song, White Rabbit, where “one pill makes you larger and one pill makes you small.” I hope she survived her youth.
Our dishwasher was a short chunky black man of indeterminate age, but he was definitely older, at least late-fifties. I remember him as a very cheerful sort, who always had a smile for me. I particularly remember his smile because he always wore a very arresting shade of bright scarlet lipstick.
And then there was Bobby, our cook. I never did figure out whether she used the men’s or women’s bathroom, but there was nothing feminine about her. She was over six feet tall with a short cropped Afro and a mercurial personality, but I was a favorite. Even at seventeen I knew it would be better if I stayed on one side of the big chrome counter and Bobby stayed on the other. On my last day, though, when I said goodbye, I finally gave in to her almost-daily request.  Just before I walked out of the swinging kitchen door, I let my shoulder-length hair fall down from the tight clip that had restrained it all summer.