Since I will be away from the blogging world for a few days, here is a past entry you may find interesting.
There are a few more entries in the archives under the category of  'Oklahoma'. 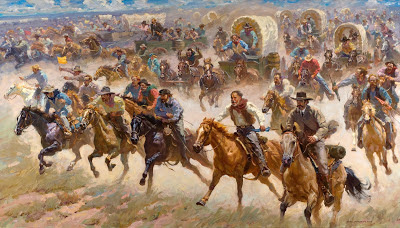 has been in the news quite a bit lately, unfortunately. It’s been a pretty dangerous place to be these past few weeks.
In 1884, my great-great grandfather Henry Clay Sweet surveyed the land for the future town of , later becoming its first postmaster.
His daughter Lucy married my great-grandfather Ashley Wilson in 1890 and they settled in Mangum, where Ashley had a large farm and ran a prosperous general store, Jackson & Wilson.

“Pa used to make about “$500 a year on the farm. The family raised seed and feed, plowed with animals, pumped water, had a wood stove, pigs, and chickens. $1 a month for a phone if you had one. They sold cream, cattle and crops, rendered lard for cooking, bought kerosene and sugar.”

“When Mother  moved to Mangum (then , ), the New York Times did a story on her being the first white woman in that area.” 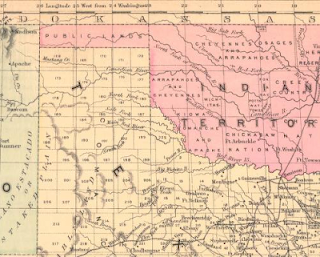 -         And you think dating today is tricky?  -
-
“Before she was married, my mother had a date with a young federal marshal. He had to go over into to hunt an outlaw. Mother begged him not to go. He didn’t come back for the date. Later someone found him in a slough (bog), just his boot sticking out. They buried him in a blanket.”

“When he was young, Pa rode out to see a girl. He ran into some people who told him there were outlaws nearby, a posse was looking for them.  He rode on anyway. Just as his horse stepped into the creek he saw out of the corner of his eye four men on their bellies training their rifles on him. He felt the hair rise on the back of his neck.  He rode on like he didn’t notice and got to the house. The girl and her brother said, ‘We were scared for you. We warned you not to come.” 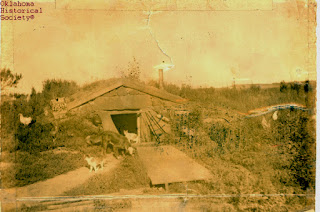 “When Ma and Pa got married they drove in a buggy to – 85 miles away – to get the marriage license. They lived in a dugout when first married. ”

“Mother once chopped the head off a snake and milked out the chicken eggs it had just swallowed.”

“One year before winter Mother ordered some shoes from the  Ward catalog. When they came it was two left feet. Chief Lonewolf’s wife made her some moccasins.”

“Pa used to go down to the stock tank and break the ice and get in for his bath. Once during his bath he saw people coming. He got out and climbed a tree. They passed by as if they hadn’t seen. He had an old ripped feed bag to dry off with.”

“My mother never went to town without taking something for the poor – separated milk, pork livers, fruit and vegetables. Pa let them glean and let Indians stay on the land.”

“There are two ways to make a living.
Work for it or beat someone out of it. It’s easier to work for it.”

“So and So? Well, there’s not any good in him and not any harm either.”
Or
“He’s such a good man he’d wade the creek to pay you back.”

“Wash your feet, go to bed, and pray for rain.”