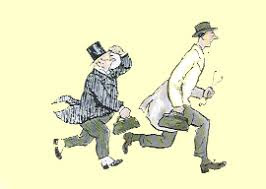 Had wheezles
And sneezles,
They bundled him
Into
His bed.
They gave him what goes
With a cold in the nose,
And some more for a cold
In the head.

It’s my own fault. This week was my annual check-up and when my doctor began writing a note of the particular flu shot I needed at my pharmacy, I pointed out that I hadn’t had a cold in a year and a half. He only replied with cheery comments that this would continue to keep me healthy.


Now my eyes are watery, my sinuses are on the run, and my voice is so deep I might as well sign on somewhere to make racy phone calls. I shouldn’t have tested fate.


I’m sure it has no connection to our visit last week to the grandkids, or that through four cutthroat games of chess our youngest grandboy continuously coughed across the board at me. And later that night how could I have turned down his generous offer of a taste of his smoothie? Still, he’s a cutie so it was worth it.


This was probably inevitable. Even though I skated through last year without a flu shot, and never even had the sniffles, it was probably only a matter of time before a germ found me. I’ve been retired for six years now and most likely gone are my twenty years of antibodies built up from teaching teenagers with no sense of personal space.


Today I'll ask the pharmacy if I can still get a flu shot while I have a cold.