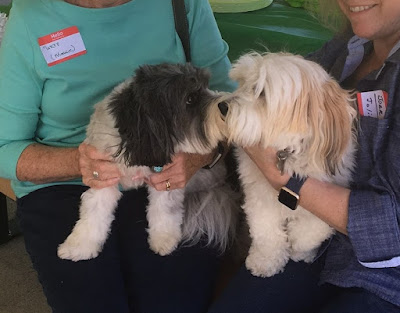 It probably says something about our social life that the highpoint of our weekend was a picnic for dogs.

Mamie’s previous owner Margaret, who is a breeder of Coton de Tulears, annually throws a four-legged family reunion. The humans are basically the Ubers that take them there, because once arrived, owners are mostly forgotten and all the guests go into full sniffing and snuffling mode. 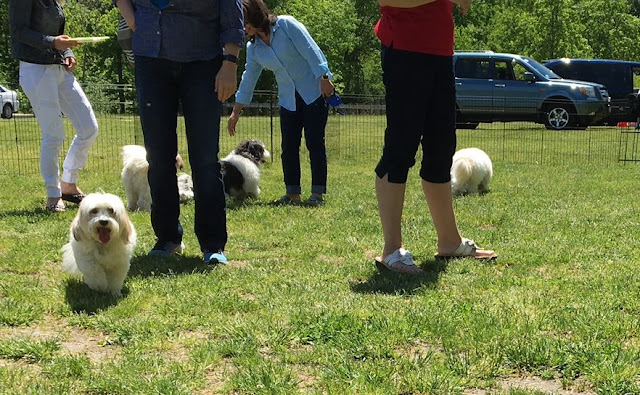 I was a little hesitant to go, picturing a scenario where Mamie recalls that in a previous life she was named Christie and lived in Holyoke, and swiftly abandons me and runs to Margaret.
What I forgot was the reason Mamie is with us in the first place. We arrived at the park where the event was being held, put Mamie down with the others, and after a count of about 4 seconds things got very lively indeed.
Maggie Mae, Mamie’s previous housemate and arch enemy, got agitated. This agitated TiggerRoo, the male of the household, and suddenly we were grabbing dogs and heading for opposite corners. (We had adopted Mame because after she and Maggie had lived together serenely for years, hormones inexplicably kicked in and the house was too small for the two of them.)
To keep the peace, Maggie was delegated to long walks in the park, time-out in the car, and the party settled down to no more excitement than occasional cases of the zoomies, with dogs speeding in circles after each other. Typical of this easy-going breed, even in a gathering this large, not another bark or yip was heard. After an hour we took off so Maggie could join in the fun.
Meanwhile it was a world of cuteness as dog after dog of varying fuzziness arrived. 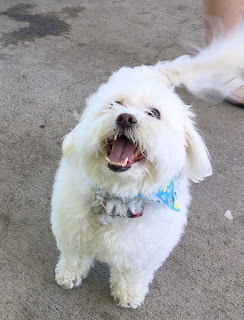 I wish I had more pictures, but photographing galloping Cotons makes herding cats look like child’s play.
Mamie, though, was the belle of the ball, since most of the attendees came from one of her litters. There were several requests for photos with her and her offspring. 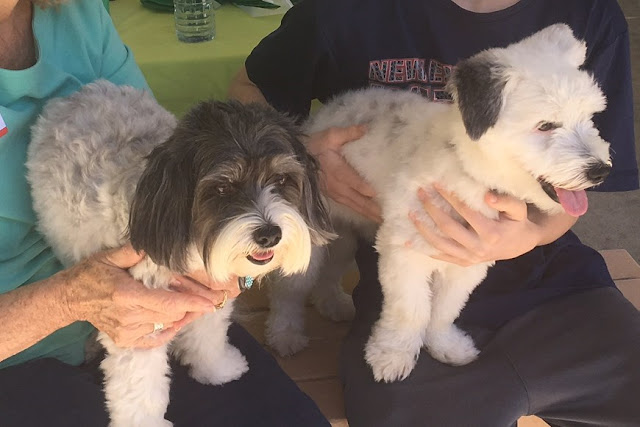 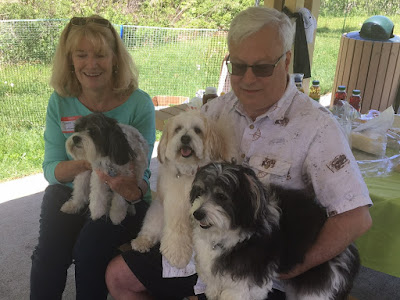 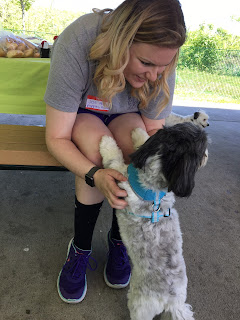 Oh, and Mamie continually checked in with me to make sure I was still there,

but only offered Margaret a few polite sniffs.
Posted by Marty at 6:42 AM

Email ThisBlogThis!Share to TwitterShare to FacebookShare to Pinterest
Labels: Mamie