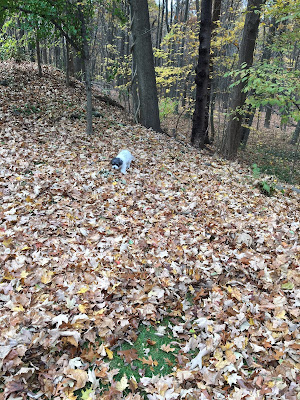 All we needed for true realization that our Florida days have ended was a glance out of the window. If we ever had grass in our yard, you'd never know it, thanks to the six-inch layer of leaves out there.

Today we played beat the clock – or, more accurately, the rain.With a forecast of showers by noon and a yard untouched by a rake since fall began, we were on a mission.

One year, when My Guy was laid up with a broken leg, I attempted to make a dent on my own but we ended up hiring a landscape crew. It was magical. They descended on our yard with blowers galore and struck with surgical precision. Not one leaf remained entwined in a bush, and all acorns disappeared as though they had never fallen. It was all achieved in one afternoon.


Today we worked on the “Well, it’s better than it was” premise. 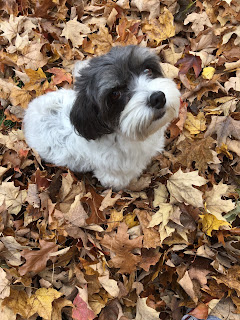 Mamie was useful as a depth gauge for a while 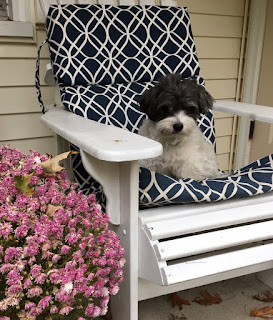 But soon decided she’d rather serve as a supervisor.

With several yardfuls still in the trees there wasn’t much point in perfection; it’s only a matter of days before we start all over again. 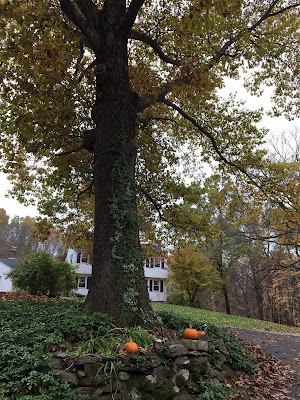