We live not even a half mile from the center of town, but we do have our share of woods and sometimes it does feel a bit as though nature is closing in around here.
Case in point, the weeds that I keep trudging out to pull up only to go out the next day and find their cousins in the same spot, happy and flourishing

I arrived home the other day to find a mama turkey with eight little balls of fluff pecking away on my front walk. But you’ll have to take my word for it; by the time I crept silently out of my car and grabbed my camera they were gone.

The deer have been keeping a low profile, and the woodchuck that was living under the shed seems to have moved on. But you’ll recall from a previous post that others are not so shy. 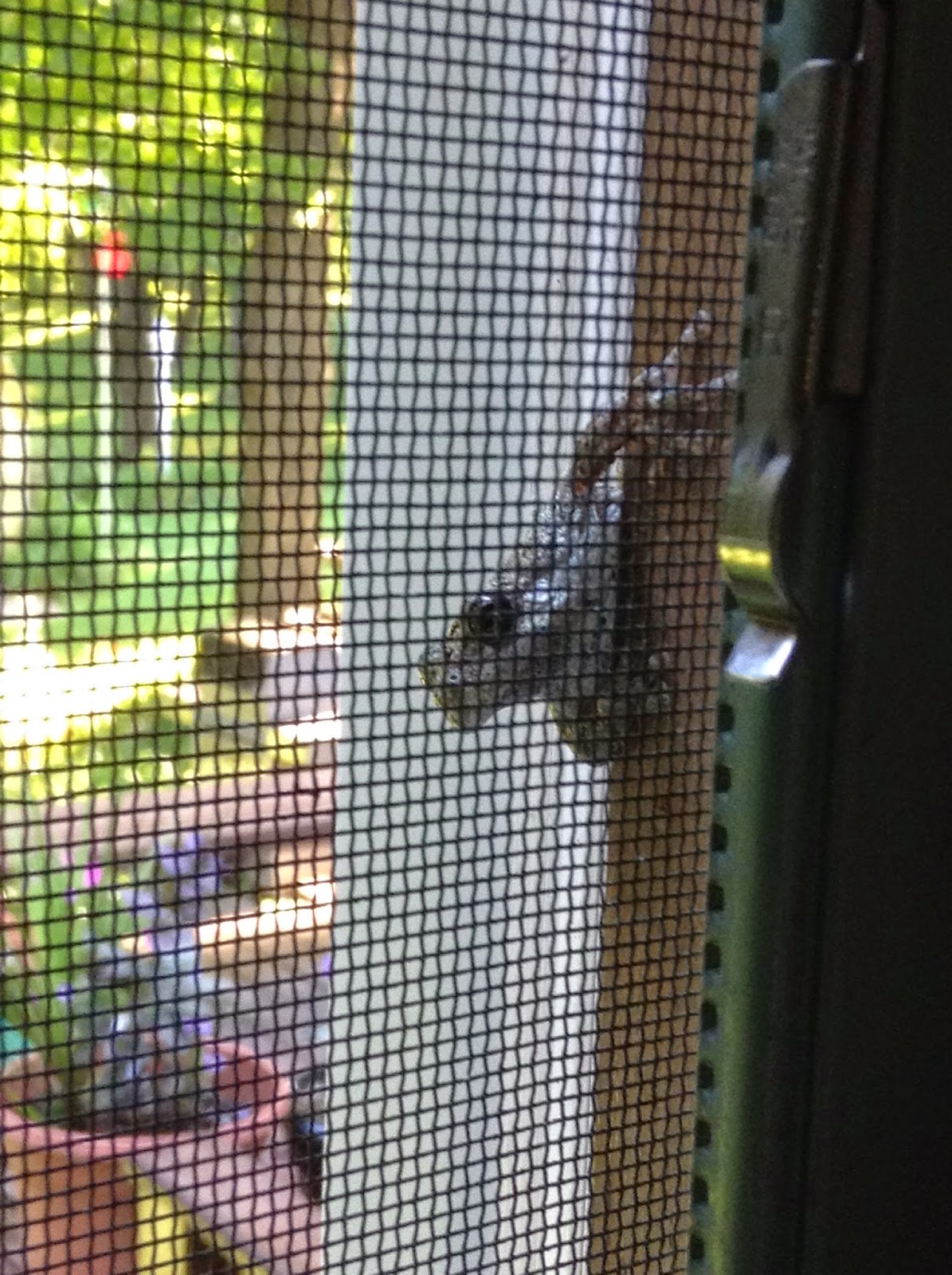 Yes, he was back again this morning at my kitchen window.

Then later, we found this guy who must have decided he wanted to tag along on my husband’s trip to the landfill. 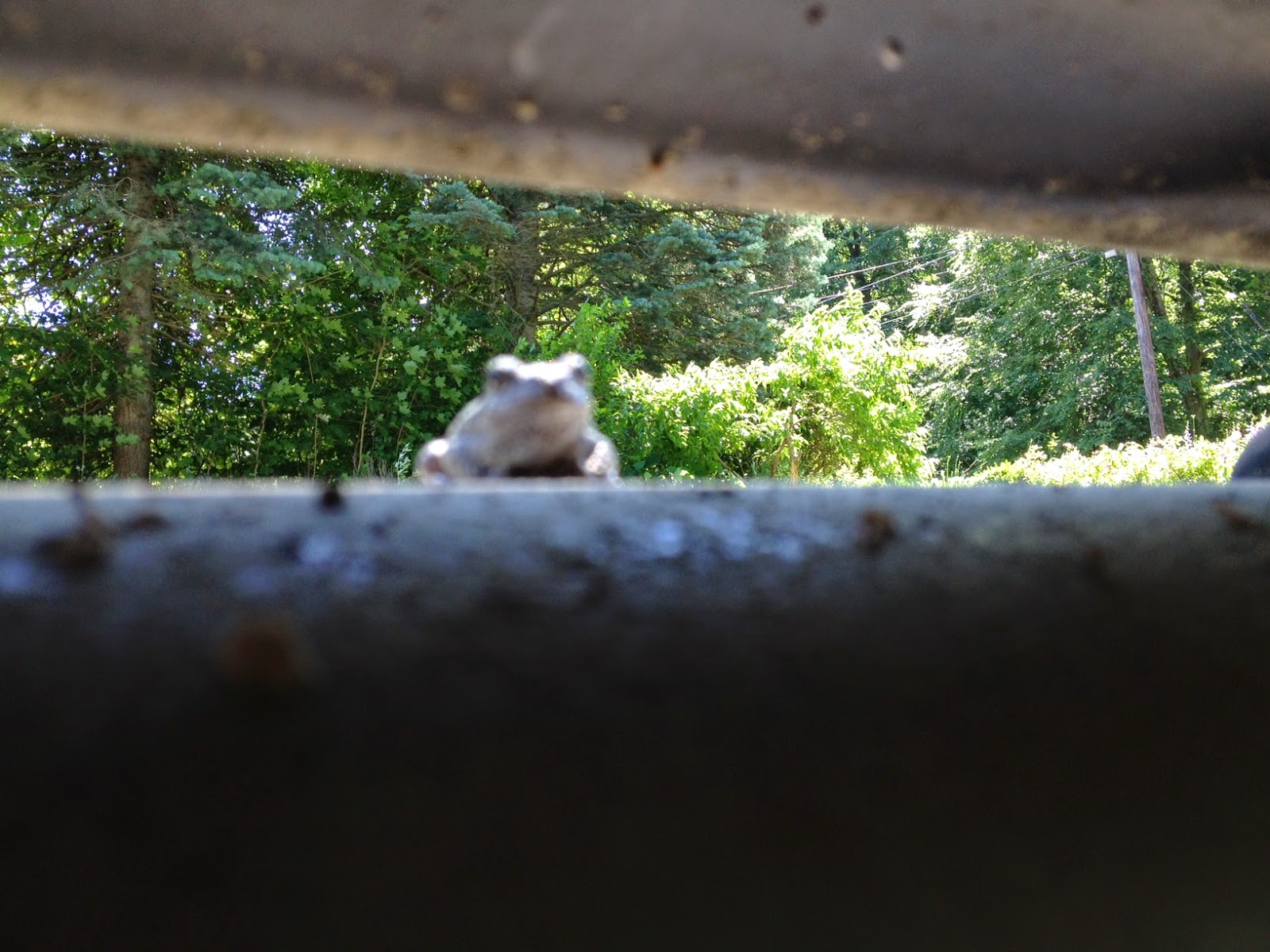 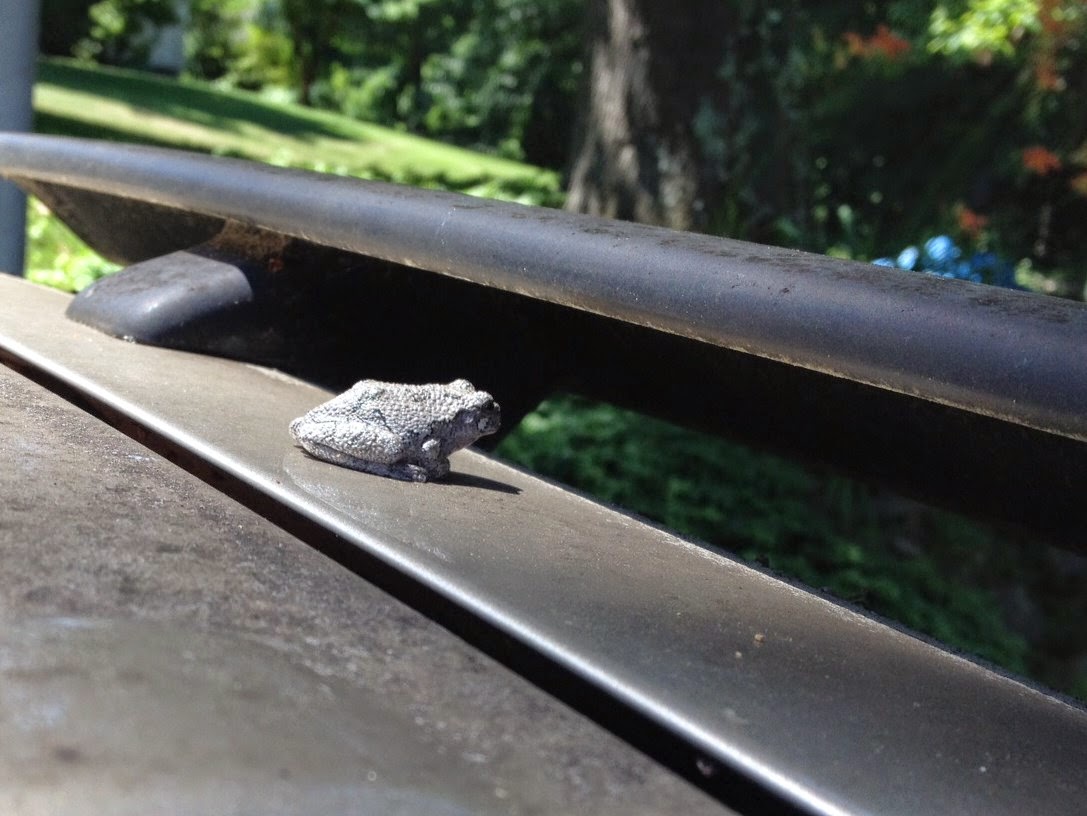 Also in a previous post I’ve written about our elderly cat Satchel. (Geriatric Gato )He was once a ball of fire, keeping any mice, chipmunks, squirrels, or moles from having any ideas about setting up shop at our house. There was the downside of coming home from work to find a tiny liver on the front walk, but we got used to it.

At seventeen, we thought his hunting days were over. Even if he had the strength or motivation, I don’t see how he could fit it in with his schedule of 23 1/2  hours of sleep a day.

Apparently we misjudged him. A mole had had the bad judgment to dig his tunnel exactly alongside our front walk, then turning at its corner and continuing until he must have gotten a concussion when he hit the cement step. And he wasn’t subtle either; walking over his trail was like stepping onto a long sponge.

Last night I looked out to see if Satchel needed to come in, or for that matter, was alive.  (He’s seventeen, for pity’s sake. It’s hard to tell. Sometimes I feel like holding a mirror to his little black nose.) There he was, proudly displaying what was probably the stupidest mole ever – either that or it was still groggy from the concussion.
The veterinarian’s threats flashed across my mind – I wasn’t to allow Satch to have anything except the incredibly expensive cat food or it would throw off his thyroid levels. I also knew there was no way I was going to touch a half-dead mole.

I did what any sensible person would do. I tried to talk someone else into wrestling it away. Unfortunately, we were too late and the majority of the mole had disappeared before I could push my husband out of the door.
Afterward, Satchel seemed none the worse for wear, though, and I think he has a newly prideful spring in his step.

And now for the cultural portion of the program. Here’s an update on the masterpiece being created on the back porch by my clever husband.